Please ensure Javascript is enabled for purposes of website accessibility
Log In Help Join The Motley Fool
Free Article Join Over 1 Million Premium Members And Get More In-Depth Stock Guidance and Research
By Billy Duberstein – Jun 3, 2020 at 9:00AM

The Southeast Asian e-commerce, gaming, and digital payments company is benefiting from the strong digital economy.

Shares of Southeast Asian internet giant Sea Limited (SE -2.13%) surged 43.6% in May, according to data from S&P Global Market Intelligence.

The e-commerce, digital games, and payments company capitalized on the stay-at-home economy in during the first quarter. Those results were reflected in strong revenue growth reported on its May 18 earnings release, with management guiding to continued strength through April. 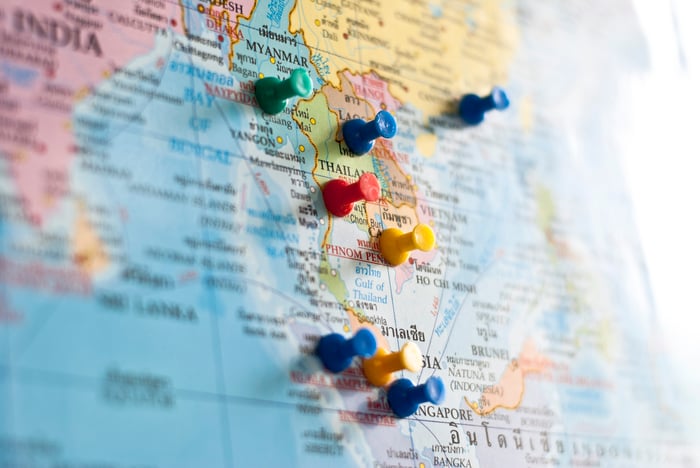 In the first quarter, Sea Limited grew revenue 57.9% to $913.9 million, beating analyst expectations. Loss per share of $0.52 came slightly worse than expectations, but in this market, revenue growth is king, and Sea Limited's stock rose strongly after results came out.

With a business that spans e-commerce, mobile games, and digital payments to emerging economies such as Taiwan, Singapore, Thailand, Indonesia, Vietnam, the Philippines, and Malaysia, Sea Limited is perhaps ideally suited to the current times, like Amazon.com (AMZN -3.01%) is in the United States.

Not only was the first quarter strong, but management pointed to accelerated growth for April. Sea's mobile game Free Fire is, well, on fire (forgive the pun), with 100% year-over-year growth in paying users during the month of April, even after the quarter ended. More of the company's Shopee e-commerce users are using Sea's mobile wallet, and Shopee orders themselves were projected up about 140% in April as well.

Though Sea Limited isn't profitable yet and recorded big adjusted net losses of $239.4 million just in Q1 alone, like other e-commerce and online gaming plays, Sea is riding big secular tailwinds that are only being accelerated by coronavirus. As such, look for continued strong revenue growth this year as Southeast Asia adopts e-commerce more and more. For that reason, Sea should be at the top of any investors' list of international stocks to watch in 2020.