Investment bank Morgan Stanley removed its sell rating from American Eagle Outfitters (AEO 1.22%) stock this morning, upgrading the teen and young adult clothing chain stock to "equalweight" (hold) with a new price target of $11 a share (up $2 from the previous target).

And no, this doesn't mean the coronavirus pandemic is over. 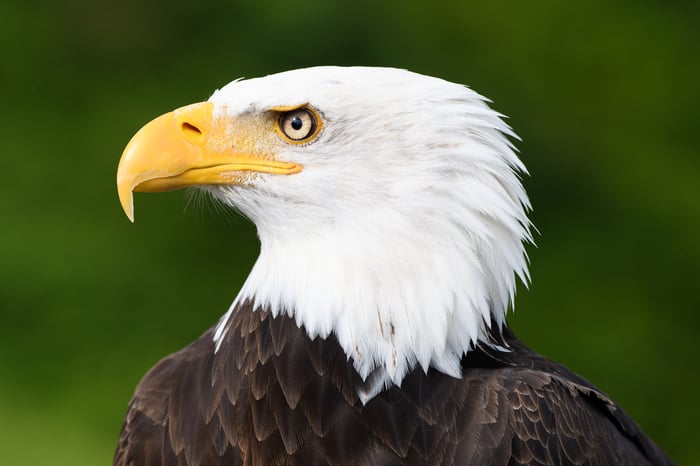 In fact, American Eagle's first-quarter earnings report, released yesterday and covering essentially the entire period of the pandemic through May 2, 2020, was pretty abysmal. Sales declined 38% year over year and American Eagle lost $1.54 per share. Moreover, it wasn't COVID-19 that prompted Morgan Stanley to rate American Eagle as a sell in the first place. According to data from StreetInsider.com, the analyst actually first rated American Eagle stock as "underweight" in March 2014 and has maintained its negative stance since.

So why is Morgan Stanley relenting now, more than six years later -- and in the middle of a likely recession, no less?

As the analyst explains, American Eagle appears to be exhibiting "renewed inventory/opex discipline and" is showing the potential for "store rationalization." Although it isn't doing enough to actually turn a profit from its business just yet, Morgan Stanley believes the company's moves to keep inventories in check (so as not to have to discount to much to move stale product) has the potential to improve profit margins at least in the "medium-term."

Indeed, it's already begun doing so. According to data from S&P Global Market Intelligence, American Eagle's operating profit margins improved in three of the past four quarters (this most recent, coronavirus-influenced Q1 obviously excepted).

Now, all investors need to do is wait for a global pandemic that's thrown the world into recession to suddenly vanish to see if American Eagle can keep up its good work.