Early on, it looked as though Thursday would continue the long winning streak for the stock market. Indeed, for the Dow Jones Industrial Average (^DJI -0.14%), another day of gains extended its upward move recently. For the S&P 500 (^GSPC -0.20%) and Nasdaq Composite (^IXIC), however, modest losses were in the cards as investors seemed to curb their enthusiasm after a huge bull market run.

For the second day in a row, IPO stocks were in the news, and this time, ZoomInfo Technologies (ZI 1.83%) was the star of the show. Meanwhile, beaten-down Chinese coffee company Luckin Coffee (LKNC.Y -1.32%) saw its stock jump sharply, with investors speculating about whether the scandal-plagued company might recover from its woes.

Another big jump for a SaaS-y stock

IPO investors in ZoomInfo Technologies got a nice bump in the stock's first day of trading Thursday. After pricing at $21 per share, up from an initial projected range of $16 to $18 per share, the stock eventually closed the day up more than 60% to $34. As good as that sounds, ZoomInfo shares opened at $40, settling down over the course of the day.

Investors were excited about ZoomInfo's offering. The company concentrates on its subscription-based sales and marketing database platform, giving its clients the ability to work more effectively in identifying and following up with sales leads toward converting them into customers. The ZoomInfo platform uses artificial intelligence and machine learning to help drive clients in the right direction.

Yet despite the enthusiasm, ZoomInfo still faces some headwinds. The software as a service (SaaS) provider said that some hard-hit industries could suffer slowdowns that in turn could hurt ZoomInfo's business relationship with clients in those areas. Among them are restaurants, retailers, travel-related businesses, and energy.

Nevertheless, today's move for ZoomInfo stock shows that the IPO market is surprisingly strong. It'll be interesting to see whether the stock can build on today's momentum or falls back once the hype has passed.

Hoping for a jolt

Shares of Luckin Coffee also got a pick-me-up Thursday, rising 57%. The controversial Chinese coffee company still hasn't answered some critical questions, but shareholders believe that Luckin might be able to survive and thrive in the long run despite its recent problems. 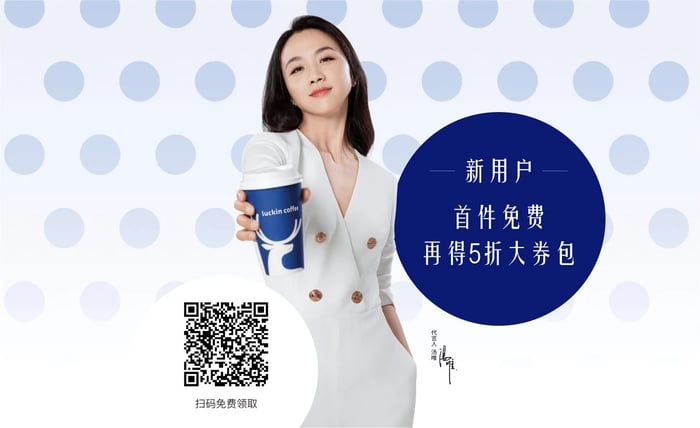 Luckin has been under pressure ever since the company announced internal fraud among key executives that forced it to withdraw previous financial results for the first nine months of 2019. After the revelations, the Nasdaq threatened to delist Luckin's shares, and it has subsequently moved forward with the long and involved process toward that end.

Even so, some investors seem willing to take the gamble that things will work out for Luckin. After all, the company is still operating, and people across China are still buying coffee from Luckin. Even if financials were overstated, that doesn't necessarily mean the stock is worthless if the company can restore confidence and demonstrate its ability to avoid similar financial reporting problems in the future.

Even after today's jump, though, Luckin stock is still down more than 90% from its highs. Buying Luckin shares as a substitute for lottery tickets isn't necessarily a horrible idea, but it's hard to consider the coffee company seriously until it resolves the scandals surrounding it.

As If Luckin Coffee Didn't Have Enough Trouble, Tencent Is Now Coming After It

Chinese Companies Could Be Delisted From U.S. Stock Exchanges: What It Means for Investors

Why Chinese Stocks Are Falling Today