Please ensure Javascript is enabled for purposes of website accessibility
Log In Help Join The Motley Fool
Free Article Join Over 1 Million Premium Members And Get More In-Depth Stock Guidance and Research
By Rich Smith – Jun 4, 2020 at 10:37AM

Shares of JinkoSolar (JKS 1.11%), a China-based maker of solar modules, silicon wafers, solar cells, and silicon ingots, and also a developer of solar farms, soared more than 12% out of the gate on Thursday. The company had just announced that the United States International Trade Commission (ITC) has ruled that JinkoSolar's products do not infringe a patent asserted by South Korea's Hanwha Q CELLS. 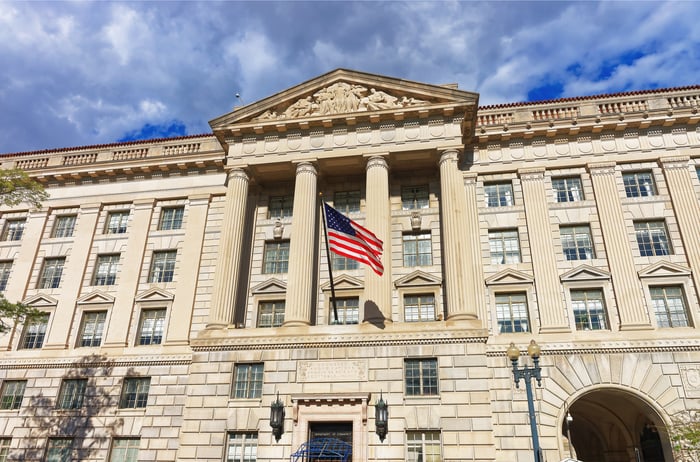 Jinko was one of three companies targeted in a Hanwha complaint with the ITC in March 2019 that asserted infringement of its U.S. Patent No. 9,893,215 relating to "solar passivation technology" in solar modules. Yesterday, an ITC administrative law judge issued a "final decision" that Jinko's products do not infringe the patent.

Jinko shareholders are happy with the ruling, which -- for now -- should prevent Hanwha from interfering with Jinko's marketing of its product and prevent customs officials, for example, from seizing shipments based on an intellectual property violation. In a statement, however, Hanwha insisted it remains in the right and promised to "seek all possible legal avenues to protect the company's valuable intellectual property rights."

Translation: Hanwha will appeal. This argument isn't over yet.