Shares of Qutoutiao (QTT 7.84%) initially jumped this morning, gaining as much as 14% in early trading, after the company reported first-quarter earnings. The stock has since given up those gains and is down 1% as of 1:30 p.m. EDT.

Revenue in the first quarter increased 26% to $199.4 million, topping the consensus estimate of $198.3 million in sales. That resulted in an adjusted net loss of $54.8 million, or $0.20 per American depositary share (ADS). Wall Street was expecting the company to lose $0.23 per ADS on an adjusted basis. Combined average monthly active users (MAUs) grew to 138.3 million, with combined average daily active users (DAUs) reaching 45.6 million. 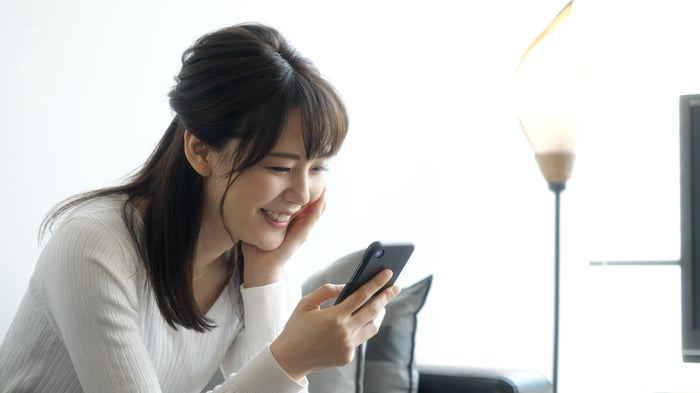 "We executed strongly in the first quarter of 2020 by growing our revenues over 26% year on year, this is a strong testament to our commitment and ongoing effort in enhancing the core capabilities of our advertising platform, especially given the unprecedented challenges facing our economy and the industry," CEO Eric Tan said in a statement.

The Chinese tech company said that the COVID-19 pandemic had impacted growth in the first quarter, as the broader advertising market in the Middle Kingdom has taken a hit due to ongoing macroeconomic headwinds. With $162.6 million in cash on the balance sheet, Qutoutiao reassured investors that it has sufficient liquidity to weather the storm while remaining committed to improving operating efficiency.

The company still expects to grow its user base through the second half of the year. In terms of outlook, revenue in the second quarter is expected to increase 2% to 3% to a range of approximately $198 million to $201 million based on current exchange rates.