Please ensure Javascript is enabled for purposes of website accessibility
Log In Help Join The Motley Fool
Free Article Join Over 1 Million Premium Members And Get More In-Depth Stock Guidance and Research
By Travis Hoium – Updated Jun 5, 2020 at 11:29AM

The oil industry has been flipped on its head over the last few months as economic shutdowns around the world have caused demand to plummet by around 20%. For a short time, oil futures prices even went negative in the U.S. because there was more supply than demand.

Producers and suppliers in the oil market are trying to cut costs and adjust finances as quickly as possible, but not everyone will survive. And Occidental Petroleum (OXY 4.92%), Chesapeake Energy (CHKA.Q), and Transocean (RIG 10.08%) are three that I think might be considering bankruptcy by the end of the year. 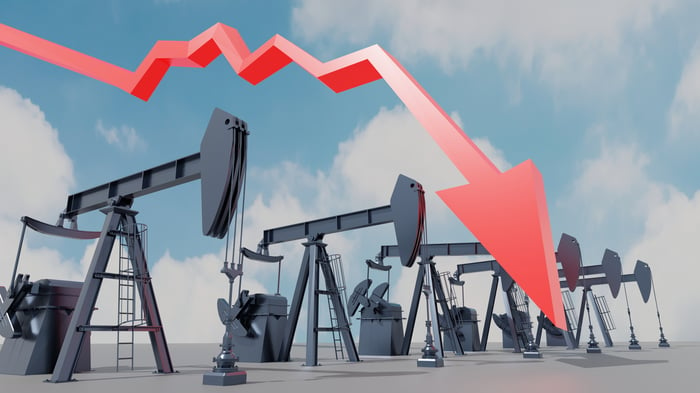 Acquiring Anadarko Petroleum in 2019 might have been seen as a smart move at the time, but for Occidental Petroleum, it's the move that could lead to its demise. It paid $55 billion for the oil and gas company and added nearly $30 billion of debt to get the deal done. When operations were pumping out billions of dollars in cash, that may have seemed like a manageable debt load, but it's not today. 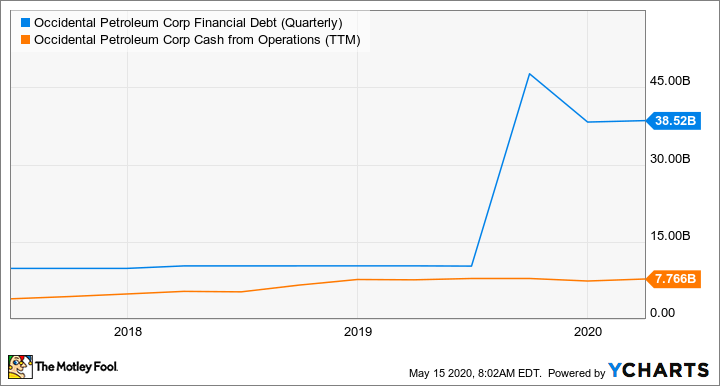 Negative oil prices would be a disaster, but even oil in the $20 or $30  per barrel range, where it's been trading recently, could lead to financial distress.

The cost of borrowing money is going up as well. When oil prices crashed, Occidental Petroleum's bond yields spiked to 25%, which has settled as oil prices rose, but we're not likely to see the low 3%-or-less coupon rate the company has been able to get in the last few years.

Like most oil producers, if oil prices climb, the company could see bond yields fall, asset prices rise, and the stock could recover on investor optimism. But I think we're in for suppressed prices for at least the next year as office workers commute less and travel plunges around the world. Highly indebted companies like Occidental Petroleum could pay the price.

Chesapeake Energy has always been a company willing to take risks to grow its business, but that's likely to backfire. The company has $8.9 billion of debt and even before COVID-19 and the resulting drop in oil prices wasn't able to squeeze out much of a profit. 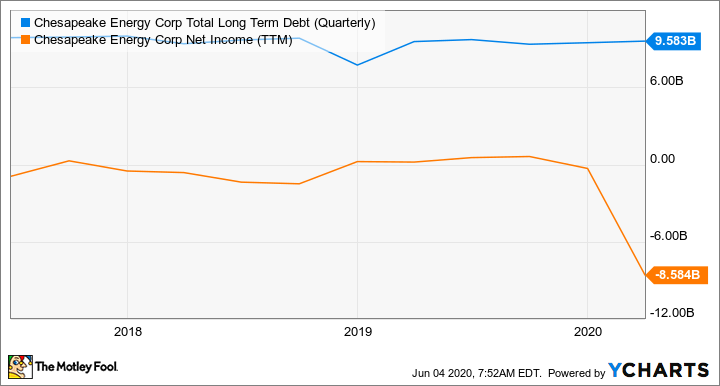 Cash on hand was a meager $82 million as of March 31, 2020, so there isn't a big financial backstop on the balance sheet either. To shore up the balance sheet and pay off $253 million of debt coming due this year, management had planned to sell $300 million to $500 million of non-core assets, which will likely be difficult in the current energy environment.

Oil prices have recovered slightly over the past month but for Chesapeake Energy, the drop in natural gas prices could be offset any oil gains. The company is still a big producer of natural gas and that market has collapsed as well. Chesapeake Energy may have enough hedges and assets to survive for a few more months, but if the weak energy market continues much longer it won't survive the year.

The offshore drilling market was booming when oil was near $100 a barrel, and that was driven primarily by lucrative long-term contracts for ultra-deepwater rigs. And Transocean invested in buying those rigs in droves. But now the economics have changed.

In April, Egypt's Burullus Gas Company terminated its contract for the Discoverer India off the coast of Egypt, and that may be the beginning of the fallout. Oil and gas explorers haven't yet gone out of business in large numbers, but if demand and prices remain low, they could. And deepwater offshore will be one of the first segments to suffer.

All of this is a bad backdrop for Transocean, which has $7.7 billion in net debt and has been losing money for years. 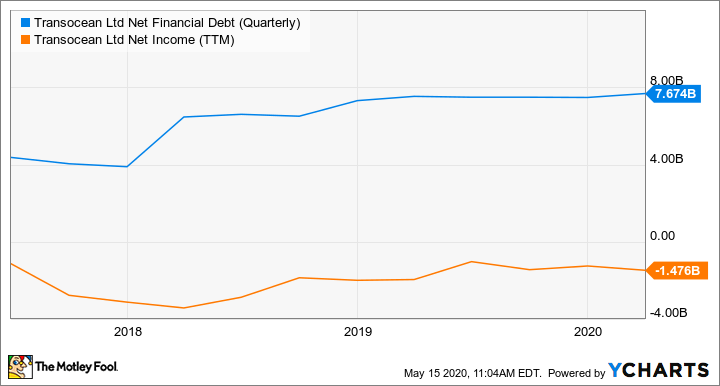 A decline in oil demand is going to be devastating for Transocean. The company has $595 million of debt due within a year and $571 million of interest due. In addition, it owes $654 million by the end of the year to complete two new deepwater drillships with another $713 million due in 2021.

Transocean's $1.48 billion of cash on the balance sheet will give the company leeway for a few months but over the next year, you can see that obligations of $1.82  billion in the next year exceed cash and that's before accounting for negative cash from operations. And with a stock price getting close to $1, the company is running out of options to raise capital to stay solvent much longer.

The oil industry has long been considered a fairly safe place to invest, but not anymore. Demand is down globally in 2020, and there may be a structural decline in consumption. Some big names could go into bankruptcy as a result.