It largely comes down to how long you have to invest in this sports apparel giant.

The Nike (NKE 1.29%) brand needs no introduction. It's one of the largest apparel brands in the world, with $41 billion in trailing-12-month sales. Nike generates more in net income every year than some top apparel brands make in revenue.

Size can be a heavy anchor on future returns as products get more saturated in the marketplace. That's the conventional wisdom, but looking at Nike's returns over the last five-, 10-, and 20-year period shows a stock that has consistently delivered high returns to shareholders.

If $10,000 compounds at 15.5% annually for 30 years, it will turn into $1 million. Nike has certainly remained on a millionaire-making track, but can the good times continue? Let's look at where Nike is today and what investors can expect. 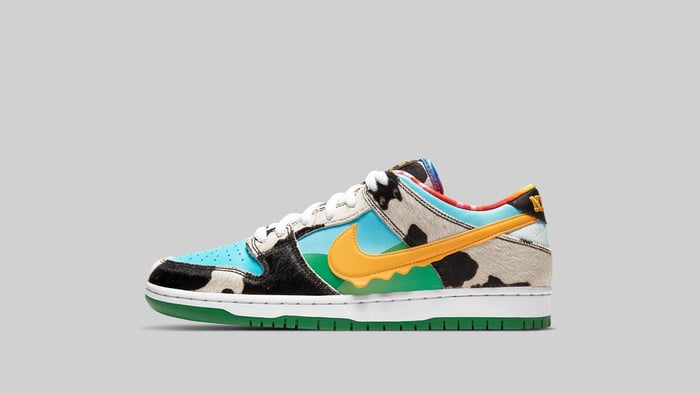 Nike's growth is not over

Obviously, the COVID-19 crisis and resulting store closures are not going to give us a representative picture of Nike's true potential. Before the crisis, Nike posted revenue and earnings growth of 9% and 31% year over year for the six-month period ending in November 2019. Nike's business was clicking on all cylinders.

In the fiscal third quarter ending in February, growth decelerated, as the outbreak completely shut down Nike's momentum in its fastest-growing market, Greater China. Even after adjusting for currency changes, revenue increased 7% year over year and net income dropped 23%.

The fiscal fourth quarter will be worse, given that only 5% of Nike's stores were open in North America as of May 14. Analysts expect Nike to report a sales decline of 23% year over year for the final quarter of fiscal 2020.

This is clearly going to be a rough period for Nike. But as CEO John Donahoe stated in a COVID-19 business update on May 14, the long-term demand trend for athletic apparel is still intact: "Even more so, consumers around the world are recognizing the need for an active and healthy lifestyle and sport is now more meaningful than ever. With our strong digital foundation, brand momentum, and financial position, we believe this will be a catalyzing moment that strengthens NIKE's long-term future."

Nike will likely be stronger than ever when the novel coronavirus is behind us. In last month's update, management mentioned that while foot traffic "remains below prior-year levels, this is largely offset by higher conversion rates and continued strong digital demand."

Nike's digital business, including its apps and Nike.com, saw an increase of 33% in North America in the February-ending quarter. During the fiscal third-quarter earnings call, CFO Andy Campion said: "From a marketplace perspective, Nike Digital growth is accelerating amid these dynamics."

Campion referred to Nike's long-term growth opportunity across digital, women's, and apparel categories as "epic." This crisis is causing management to accelerate its investments in the digital business. Given the acceleration the company saw in digital demand last quarter, especially through its Nike Training Club app in China after stores closed, management shifted its inventory to meet the demand through its digital business.

Building on its advantage in digital, Nike acquired Celect last year, a cloud-based analytics business started by tenured professors at the Massachusetts Institute of Technology in Boston, which the company is using to model pricing, predict demand, and plan inventory accordingly.

During the recent earnings call, Campion said: "We're still in the early innings of Nike's digital transformation, but the capabilities we've already been building for the future are proving to be the strongest pillars within our business today."

Nike expects Greater China to return to growth in fiscal 2021, so it shouldn't be long before other regions begin to recover, too. Before the crisis, management was targeting high-single-digit sales growth and mid-teens growth in EPS through fiscal 2023, which would be enough to keep the stock climbing at its historical level of return.

Given the already high valuation on the shares, I wouldn't expect the P/E to keep increasing from these levels, so following the idea that stocks follow earnings, investors shouldn't expect to earn anything more than the rate of Nike's earnings growth over time.

It might be 50/50 whether a small investment in Nike reaches $1 million in the next 30 years, but I suppose if an investor can stick with this top retail stock over a lifetime, the power of compounding returns could turn a small sum into a million bucks.