After the company reported record performances in the start of the year, it's little surprise that shares jumped higher.

Continuing the upward trajectory which they experienced in April, shares of SolarEdge Technologies (SEDG 3.94%) bounded 27% higher in May, according to data from S&P Global Market Intelligence. In addition to the company's strong Q1 earnings report, several positive nods from Wall Street motivated investors to pick up shares.

Reporting a company record for quarterly revenue, SolarEdge booked sales of $431.2 million in the first quarter of 2020, representing a year-over-year increase of 58.6%. Elsewhere on the income statement, investors found that SolarEdge broke another company record, $67.8 million, for operating income in a quarter. But wait, there's more. When examining the company's cash flow in Q1, investors found a third company record broken: cash generated from operating activities. That's right -- SolarEdge reported an all-time best $107.7 million in operating cash flow in Q1. 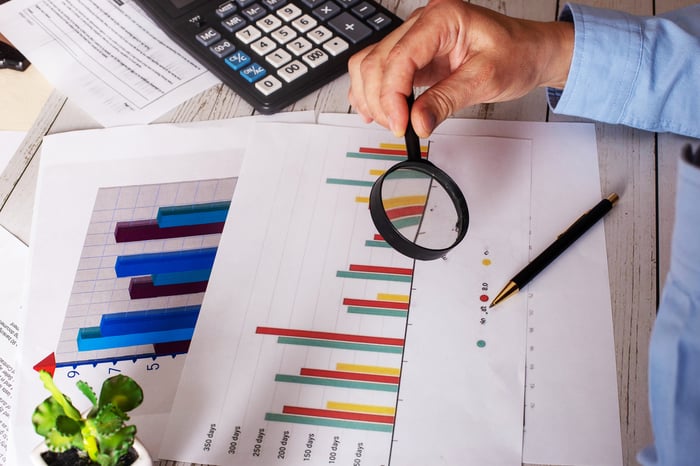 Investors on Main Street weren't the only ones impressed with the company as several analysts espoused bullish perspectives on the stock. Anticipating higher residential and commercial shipments through 2020, Moses Sutton, an analyst at Barclays, raised the stock's price target to $122 from $99, according to Thefly.com. Later in the month, Mark Strouse, an analyst at JP Morgan, took an even more optimistic position on the stock, raising his price target to $166 from $131 -- a day after Johnson Rice had initiated coverage on the stock with an accumulate rating and a price target of $150.

Several analysts have taken bullish stances on the stock; however, the stock is not without its critics. For example, Gordon Johnson, an analyst at GLJ Research, sees clouds on the horizon, suggesting this week that the company may suffer margin compression in the coming months due to its loss of market share. Johnson, consequently, has maintained a sell rating on the stock.

Johnson's claim that SolarEdge will soon face margin compression sounds familiar to those who follow renewable energy stocks since this is a frequent issue -- for both solar power-oriented companies and those that deal in wind power. Investors will certainly want to monitor the company's earnings reports through 2020 to see if this pans out and, if so, to what extent.