Please ensure Javascript is enabled for purposes of website accessibility
Log In Help Join The Motley Fool
Free Article Join Over 1 Million Premium Members And Get More In-Depth Stock Guidance and Research
By Brent Nyitray, CFA – Updated Jun 5, 2020 at 10:56AM

Think of these as an economic dashboard.

As we move into a new phase of the novel coronavirus pandemic and social-distancing restrictions begin to ease, we're hoping for a return to economic growth. Provided we don't see a resurgence of COVID-19 cases, the economic deterioration should be behind us. The following companies should offer good insight into whether a recovery is taking shape.

These are early-stage businesses, which indicate that people are getting back to work and the consumer is turning around. Some of these stocks are not necessarily buys right now, but should be thought of more as signals, whose behavior will indicate how the economic winds are blowing. 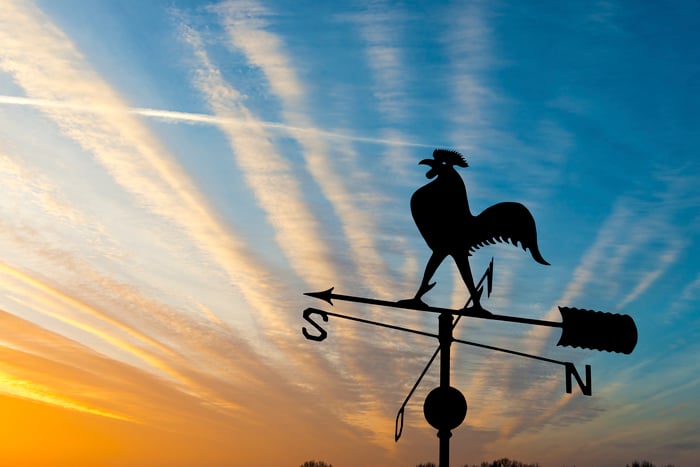 The classic early-stage recovery sector is homebuilding. Housing starts usually spike just after the economy exits recession. This is because homebuilders are highly sensitive to interest rates, and the Fed usually cuts rates during a recession. So far, the builders are saying that some of the leading indicators of improvement (traffic and deposits) began to turn around in late April.

D.R. Horton (DHI -1.48%) is a diversified homebuilder that focuses on the mid-price tiers, mainly from $200,000 to $500,000 in the South, West, and Mid-Atlantic. These areas were less impacted by COVID-19 than, say, the Northeast, and are opening up faster. The supply of starter homes is quite small compared to the demand, so D.R. Horton's price points are at the sweet spot as well.

The COVID-19 crisis has seemed to accelerate some trends that were already in place, particularly the change in tastes from urban, walkable environments to suburban ones. If we see orders return, this should translate into higher housing starts down the road. The fundamentals for the sector -- supply/demand imbalance, demographics, and interest rates -- were so good going into the COVID-19 crisis, and looser remote-work policies should encourage more people to head to the suburbs.

A big test is coming up

MGM Resorts International (MGM -0.90%) has been one of the more volatile gaming stocks, getting crushed by 80% in the initial COVID-19 downturn before rising 250%. While the Las Vegas Strip is set to open, we don't really know whether vacationers will return. MGM has announced that it will open the Bellagio; New York, New York; MGM Grand; and Signature today. The early weeks will be a big test for the sector, and better-than-expected traffic would be a lift. The gaming companies are hard to love given the uncertainty, but if the leisure and travel sector recovers quicker than expected, that is a great sign for the economy as a whole. MGM might not necessarily be a buy, but it is one stock to periodically check on as an indicator.

Waiting for the writedowns to wrap up

The financial sector also typically leads the economy out of a recession -- banks are highly sensitive to interest rates, and low rates reduce their borrowing costs while increasing the value of their assets. The bellwether stock for the financials is JPMorgan Chase (JPM -1.56%). As a general rule, the time to buy the banks is after the big writedowns are finished, which would mean it is still early. JPMorgan CEO Jamie Dimon said recently that second-quarter loss provisions will be similar to the first. Like MGM Grand, JPMorgan is a stock to keep an eye on as a signal that the economy is turning around, not necessarily one to buy right now.

These three stocks are all early-stage cyclicals that should bounce back first once the economy regains its footing. Investors who have been biding their time in defensives waiting for the recovery to redeploy capital should keep these stocks on their radar screens.