Having recently disentangled themselves from an acquisition deal to buy the ailing Victoria's Secret brand from L Brands (BBWI -3.06%) for $525 million, New York private equity firm Sycamore Partners may now be zeroing in on bankrupt retailer JC Penney (JCPN.Q). Reuters reports knowledgeable sources say that Sycamore is sizing up its chances to buy JC Penney, or invest in it without an outright acquisition.

The news is yet another twist in the ever more complex web of deals, offers, and legal maneuvers surrounding JC Penney's attempts to navigate bankruptcy and emerge as a viable retail company on the other side. Just yesterday, a second group of lenders led by Aurelius Capital spoke of the possibility of providing Penney with a loan on much better terms than the original, blasting the original lenders headed by Silver Point and H/2 as "predatory." 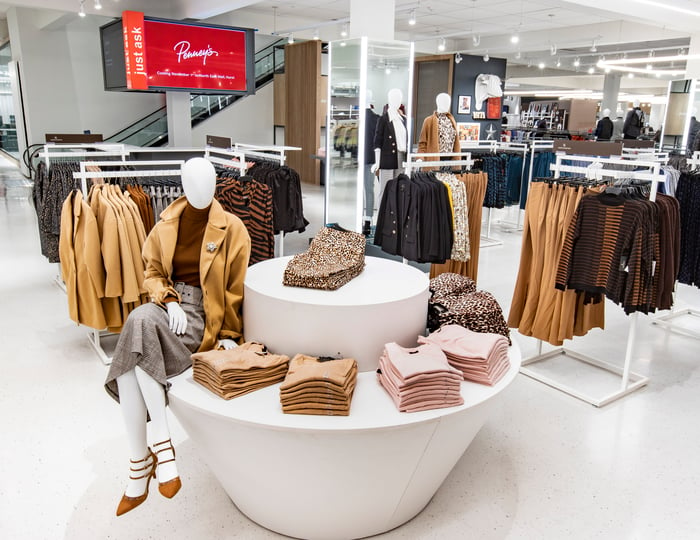 According to the three anonymous sources, Sycamore Partners has approached JC Penney about an acquisition if it cannot reach an agreement with its creditors, a situation that would otherwise result in its liquidation after reaching a July 15 deadline. The bankruptcy judge would need to sign off on the acquisition even if JC Penney agrees, and the sources didn't indicate how much Sycamore is willing to pay for the retailer.

Two of the three people said there is also a possibility several companies might form an alliance to acquire JC Penney. These include not only Sycamore Partners, but also Simon Property Group and Brookfield Asset Management, JC Penney's main landlords.

According to MarketWatch, investors pounced, bidding JC Penney's stock up over 15% at market close -- though this only represents a 2-cent gain, with shares currently priced at $0.18.