Following news that multinational luxury and fashion goods titan LVMH Moet Hennessy (LVMHF -1.44%) wanted to lower the price on its acquisition of Tiffany & Co. (TIF), sources say that the jewelry company threatened to launch a lawsuit in response. Today, LVMH says it won't try to renegotiate its deal with Tiffany, prompting a more than 7% rise in Tiffany's share value as investors bid the stock up on the favorable news.

Last year, LVMH agreed to purchase Tiffany for $16.2 billion, or $135 per share, with a closing date originally set for June 2020, but postponed until October due to regulatory hurdles. However, the COVID-19 pandemic inflicted a heavy toll on Tiffany's business as the virus slammed American and global economies through the first quarter of 2020. 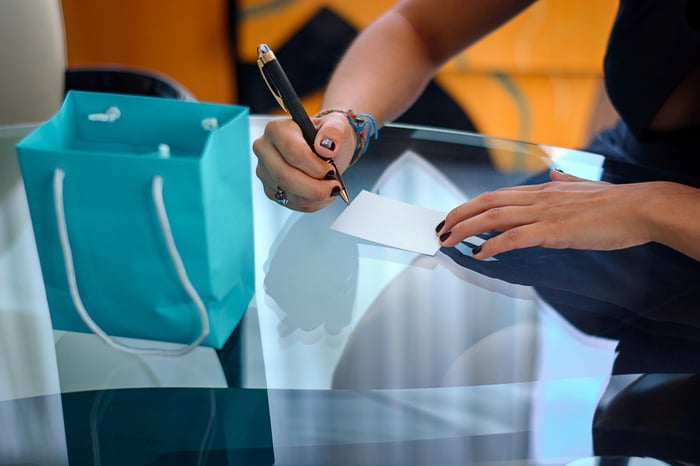 LVMH did not say it was seeking a renegotiation of the merger's terms, but did say that its board of directors met early in the week to mull "the results and perspectives of Tiffany & Co with respect to the agreement that links the two groups," according to Business Insider.

Tiffany, according to unnamed sources allegedly close to the matter, swiftly countered by threatening a lawsuit if Moet Hennessy tried to alter the deal's terms. David Faber on CNBC reported sources saying if LVMH seeks to back out of the deal or pare down the agreed-upon price, "they will end up in Delaware," referring to the court venue where companies frequently file their contract litigation.

Today, anonymous sources told Reuters that LVMH did indeed debate whether to demand a lower price for Tiffany, but have now decided against it after weighing the potential legal ramifications.