A shocking jobs report and positive airline announcement were good for these vehicle rental companies.

Shares of Avis Budget Group (CAR 6.35%), a vehicle rental company, bounced as much as 18% higher Friday. This came after a surprisingly positive jobs report electrified the markets, and investors began to hope for a quicker-than-anticipated economic recovery.

Jobs reports from the Department of Labor have been consistently shocking of late, but Friday the markets were shocked in a good way: The report showed a surprise 2.5 million rise in non-farm payrolls, a vastly favorable result compared to the anticipated 7.5 million loss in non-farm payrolls. The result sent the unemployment rate down to 13.3%, below April's 14.7% and well below the anticipated 19% for May. What this positive jobs report emphasizes is that the economy began reopening and rehiring faster than previous jobless claims figures suggested. 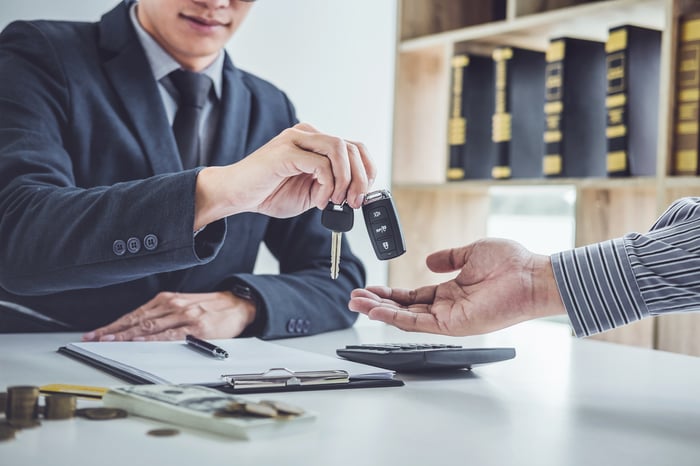 The jobs report is great news for the broader economy, and transportation stocks such as Avis. But what's even better news for the vehicle rental company was an announcement from American Airlines Group Thursday that said it would boost flights by 74% next month, suggesting that business and leisure travel could rebound more quickly than anticipated. This development can't be understated for Avis, as it generates the majority of its revenue from consumers renting vehicles at airports. 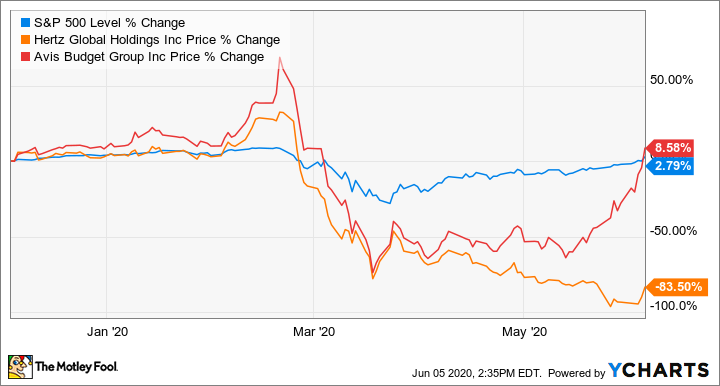 Avis' jump in stock price feels warranted, as the company has positioned itself to weather COVID-19 and thrive in the post-crisis environment, while its major rival Hertz (HTZG.Q) is negotiating with major credit lenders in bankruptcy protection. And while Hertz stock surged as much as 155% higher Friday, investors are speculating with a dangerous scenario -- current Hertz shares are very likely to end up worthless when the dust settles.

If the economy recovers and airport traffic rebounds in the near term, Avis should have opportunity to gain market share.