Please ensure Javascript is enabled for purposes of website accessibility
Log In Help Join The Motley Fool
Free Article Join Over 1 Million Premium Members And Get More In-Depth Stock Guidance and Research
By Keith Speights – Jun 6, 2020 at 7:25AM

Two are flying high right now, but one isn't.

Is there nowhere to go but up for the cannabis sector? That's probably not the case considering lingering uncertainties about the global economy and the COVID-19 pandemic. However, it does seem that the outlook is better now than it was just a few months ago, as lockdowns have ended.

Many cannabis companies will likely benefit from the improving business environment. But here are three top marijuana stocks to watch especially closely in June. 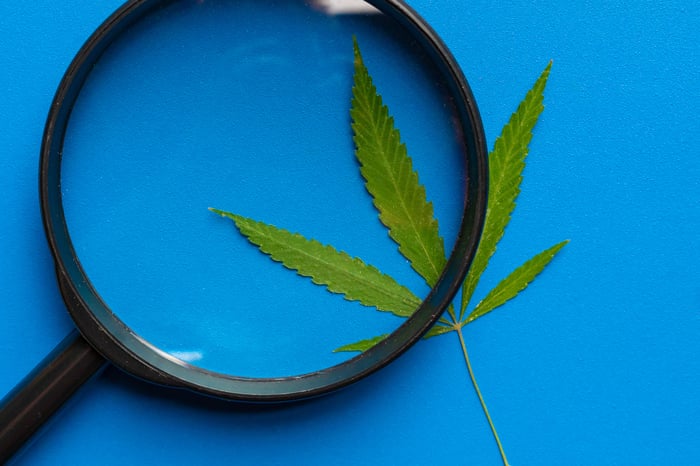 Green Thumb Industries (GTBIF -4.33%) is on a roll. After plunging close to 60% below its January 2020 high, the stock has skyrocketed more than 150%. Much of this huge gain resulted from GTI's stellar first-quarter update.

The company reported Q1 revenue of $102.6 million, a 35% jump from the previous quarter. It also generated positive EBITDA of $20.3 million, up from $7.8 million in Q4 2019. GTI's adjusted operating EBITDA of $25.5 million nearly doubled quarter over quarter.

These impressive results came in large part due to especially strong demand in two of 12 states where GTI operates: Illinois and Pennsylvania. The company's home state of Illinois launched its adult-use recreational marijuana market in January.

What's especially notable is that GTI performed so well even with the impact of the COVID-19 pandemic. As the retail environment improves with COVID-19 fears subsiding, look for the company to deliver continued sales growth and march closer toward achieving profitability.

There's another major U.S. cannabis operator that has also bounced back in a big way from the stock market sell-off earlier this year. Shares of Cresco Labs (CRLBF -2.32%) plummeted 70% at one point but have since soared more than 120%. Like Green Thumb Industries, Cresco turned in a strong Q1 performance.

Cresco reported Q1 revenue of $66.4 million, up 60% quarter over quarter. Much of this growth stemmed from the company's acquisition of Origin House early this year. However, Cresco still achieved 26% quarter-over-quarter sales growth adjusted for the acquisition. As was the case for GTI, Cresco's success in Q1 came primarily in Illinois and Pennsylvania.

The company also delivered adjusted EBITDA of $3.2 million, an 11% increase from Q4. This improvement is notable, especially given Cresco's integration of Origin House during the quarter.

My Fool.com colleague Sean Williams thinks that Cresco is the top marijuana stock to buy in June. He could be right. Cresco continues to have strong growth prospects, particularly in Illinois and Pennsylvania. The Origin House deal should enable the company to grow in California, the biggest U.S. marijuana market. Watch for Cresco to also move into other states in the not-too-distant future.

You might be surprised that I've put Canopy Growth (CGC -8.55%) on the list of top marijuana stocks to watch in June. After all, the Canadian cannabis producer face-planted with its fiscal Q4 2020 update.

Nearly everything that could go wrong for Canopy went wrong in its latest quarter. The company badly missed analysts' top- and bottom-line estimates. Its sales fell 13% from the prior quarter. Canopy even withdrew its previous milestones for achieving positive adjusted EBITDA and net income.

But Canopy nonetheless remains in a strong position in the Canadian cannabis industry. It has plenty of cash to tap thanks to major investments from its partner Constellation Brands. Also, new CEO David Klein (who was Constellation's CFO before taking the helm at Canopy) has imposed much-needed fiscal discipline.

Canopy, with its company-owned retail cannabis stores, arguably could benefit more than its peers as Canada opens back up for business. Don't be surprised if the stock rebounds from its Q4 update plunge.

Keith Speights has no position in any of the stocks mentioned. The Motley Fool owns shares of and recommends Constellation Brands, Cresco Labs Inc., and Green Thumb Industries. The Motley Fool has a disclosure policy.