The maker of laser systems and components is refocusing on profitable target markets under new management.

Shares of laser technology expert Coherent (COHR) gained 13.6% in May 2020, according to data from S&P Global Market Intelligence. The company largely saw an amplified version of the broader market's upward trend last month, boosted by strong reports from competitors. A mixed earnings report near the end of May barely moved the needle for Coherent's investors.

Coherent's plunge from January to March was much steeper than the broader market's, but the company proved the critics wrong with a reasonable second-quarter report. Earnings fell 62% year over year to $0.61 per share, and revenue dropped 21% to $293 million. The analyst consensus called for EPS near $0.52 on sales in the vicinity of $306 million. 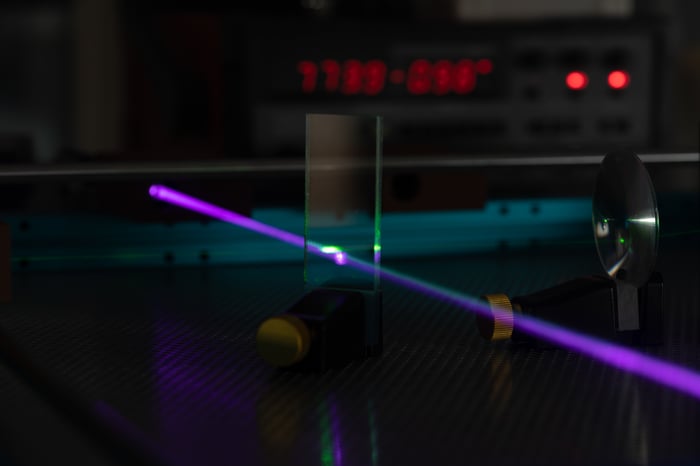 Under new management since April 6, Coherent is restructuring to drop out of unprofitable target markets and focus on more-promising earnings growth opportunities.

"We will not be participating in the kilowatt fiber market price-race-to-the-bottom game, and therefore, we will complete our move out of the commodity fiber laser market," said recently appointed CEO Andy Mattes in Coherent's second-quarter earnings call. "Instead, we will focus on areas where our technological advantage will get rewarded by the market. For example, microelectronics, bioinstrumentation, and medical device manufacturing."

The company is also leaning into the market for the manufacturing of organic light-emitting diode (OLED) panels, which is experiencing explosive growth right now. All things considered, Coherent's shares have gained 31% over the last 52 weeks, and the stock trades at 22 times forward earnings estimates.