Please ensure Javascript is enabled for purposes of website accessibility
Log In Help Join The Motley Fool
Free Article Join Over 1 Million Premium Members And Get More In-Depth Stock Guidance and Research
By Chris Neiger – Jun 8, 2020 at 11:40AM

Investors are latching onto any positive economic news they can find.

Shares of Under Armour (UA 1.03%) (UAA 2.24%) were rising today following a positive jobs report last week, indicating that the U.S. economy could slowly be coming back to life -- and consumer spending along with it. Under Armour's stock had climbed as high as 7.2% in the morning.

Under Armour investors appeared at least slightly optimistic on Monday morning that some parts of the U.S. economy were moving in the right direction. They were responding to Friday's surprising Labor Department report, which showed that the unemployment rate fell in May to 13.3%, down from 14.7% in April. It also said that the U.S. added 2.5 million jobs during the month.

While the unemployment rate is still astronomically high, investors are looking for any positive news that they can find, and Friday's report was enough to create a little optimism that consumers may venture out of their homes soon and begin spending again. 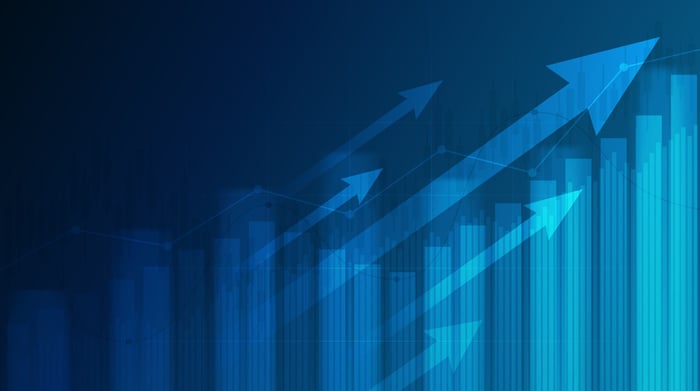 That would be great news for Under Armour, which has been hit hard by COVID-19. The company experienced a 23% drop in sales in its first-quarter results, reported on May 11. Under Armour said the effects of the coronavirus were responsible for about 15 percentage points of the decline.

Shares of Under Armour have fallen about 9.1% over the past three months, while the S&P 500 has climbed nearly 8%. While the unemployment data that came out on Friday is certainly good news, retail companies likely have a very long road ahead of them as the full economic impact of COVID-19 comes to light.