Thor was supposed to lose money. It earned a lot instead.

Shares of Thor Industries (THO -0.44%) closed 11.1% higher on Monday, after the RV maker reported estimate-thumping earnings earlier in the day.

Expected by analysts to report a $0.26-per-share loss on sales of $1.68 billion, Thor matched the sales prediction to the penny -- but beat earnings with a stick, delivering $0.43 per share to the bottom line. 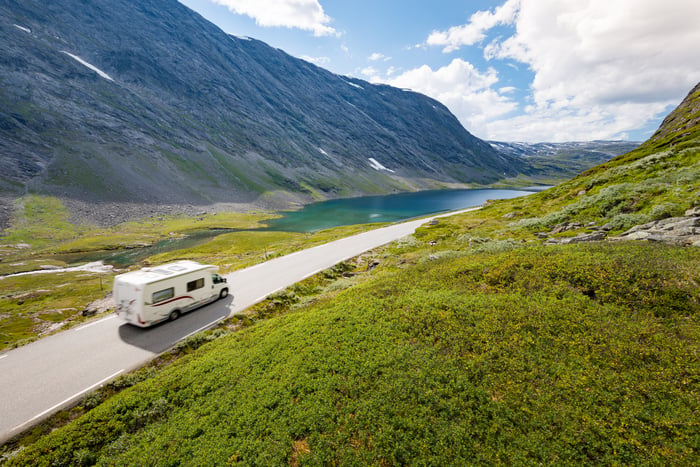 Sales for the fiscal third quarter 2020 declined 33% year over year, and profits were down 27%. Still, that was much less bad than the quarterly loss that Wall Street had predicted.

CEO Bob Martin called Q3 "one of the most unusual quarters I have ever experienced," and yet still a good one, in which the company both reported profits and generated cash despite a pandemic that locked down Thor's "retail consumers ... under strict shelter-in-place requirements in most North American and European locations."

"Shipments ... were disrupted in the second half of March and April, two of our normally strongest sales and shipment months," lamented the CEO. Yet while sales and profits were affected, the damage was much less than investors had feared.

Looking ahead to the rest of the year, Thor declined to give specific sales or earnings guidance. That being said, Martin is feeling "increasingly positive."

"Every North American dealer I have spoken to in the last few weeks," continued the CEO, "has been very excited about the pace at which sales are picking up. Many of our dealers are reporting a significant improvement in sales from April to May and are excited about the sales potential for June and beyond." Accordingly, "the balance of our fiscal year and the calendar year has markedly improved."

It remains to be seen by just how much.