Walt Disney (DIS -0.75%) may be the new kid on the streaming block, having only launched its stand-alone subscription streaming service, Disney+, in November. But, it's been a decided hit with consumers. Data from the American Customer Satisfaction Index (ACSI) Telecommunications Report for 2019 and 2020 indicates greater customer satisfaction with Disney+ than with any other comparable streaming option, including the venerable Netflix (NFLX 1.39%).

The ASCI's survey results released on Tuesday measure consumer contentment with various digital services, quantifying the collected data on a scale from 0 to 100, with 100 being the best possible score. Disney+ led the streaming video pack with a score of 80, displacing Netflix, which led the pack last year. Netflix scored only 78 this year, down from 79. Tied for third were Apple's (AAPL -0.66%) Apple TV streaming app and Disney-owned Hulu, each with a score of 77. Apple TV+ ranked below the category average of 76 with a reading of 74. 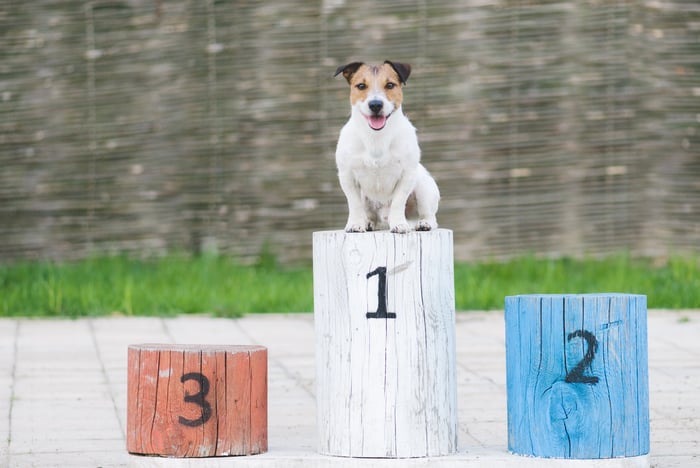 The report isn't terribly surprising. Walt Disney confirmed a month ago during its fiscal second-quarter conference call that 54.5 million consumers were now paying for Disney+, all added just since its Nov. 12 debut. That much sustained interest indirectly suggests consumers are excited about their access to Disney's deep library of content.

Shelter-in-place orders linked to the COVID-19 pandemic have certainly motivated people to find all potential forms of entertainment. ACSI managing director David VanAmburg commented, "With stay-at-home and work-from-home becoming a new normal for many American households, the services offered by major telecommunications companies are more crucial than ever before."

Even so, Disney+ has still far exceeded reasonable expectations in terms of the pace of its subscriber growth.