Please ensure Javascript is enabled for purposes of website accessibility
Log In Help Join The Motley Fool
Free Article Join Over 1 Million Premium Members And Get More In-Depth Stock Guidance and Research
By Rich Duprey – Jun 9, 2020 at 9:21AM

The beef shortage may be coming to an end. Wendy's (WEN -0.37%) says the supply chain issues brought on by the coronavirus that forced meat processors to close factories or operate at reduced capacity has been alleviated.

The "beef supply has returned to near-normal levels," the fast food chain announced, meaning the burgers it previously removed from the menu at some of its restaurants are back. 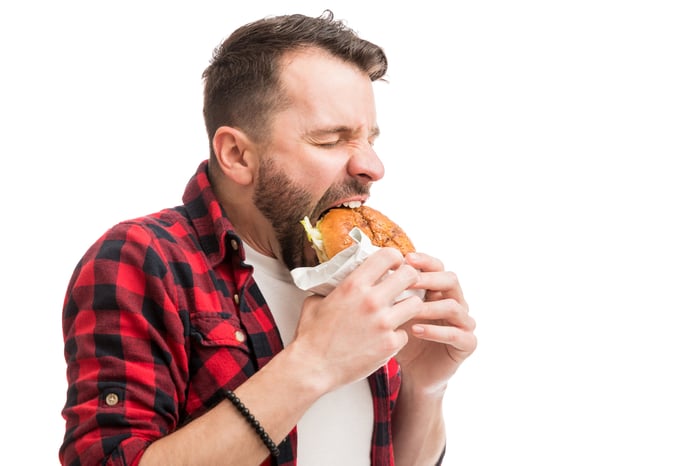 Wendy's was forced to take drastic action last month when it was unable to meet consumer demand for its burgers due to supply chain issues in some areas. To resolve the problem, it took burgers off the menu at some locations and promoted other protein options like chicken sandwiches.

Top supplier JBS, which supplies nearly a quarter of the country's beef and one-fifth of its pork, thought the shortage would last for months as it was operating at 70% to 95% capacity and would "not be able to go to full capacity anytime soon."

At one point, 20% of all Wendy's restaurants were sold out of beef. Costco and Kroger also ran low. But the supply-chain ravages of the COVID-19 outbreak have proved less severe than originally predicted, and beef supply constraints are easing.

Bloomberg reports beef prices that soared upwards of $475 per 100 pounds in the first weeks of May have fallen for 18 straight days, according to the Department of Agriculture, and now goes for just over $254 per 100 pounds.

Wendy's same-store sales were hurt due to the shortage, but analysts believe comps turned positive in June.