Please ensure Javascript is enabled for purposes of website accessibility
Log In Help Join The Motley Fool
Free Article Join Over 1 Million Premium Members And Get More In-Depth Stock Guidance and Research
By Travis Hoium – Updated Jun 9, 2020 at 11:28AM

Is the travel industry's recovery going to arrive ahead of schedule?

Shares of Avis Budget Group (CAR 2.70%) jumped 30.6% in May, according to data provided by S&P Global Market Intelligence, and their rise didn't stop there. Shares rose another 49.9% from that level in just the first six trading sessions in June. In mid-morning trading Tuesday, they were up by a total of 89% from their April 30 closing level.

Avis Budget Group sold $500 million of senior notes in May with an interest rate of 10.5%, which is extremely high for any company. But investors weren't too concerned about the high price of that debt; instead, they were betting on an economic recovery that could revive the automotive rental company's fortunes. 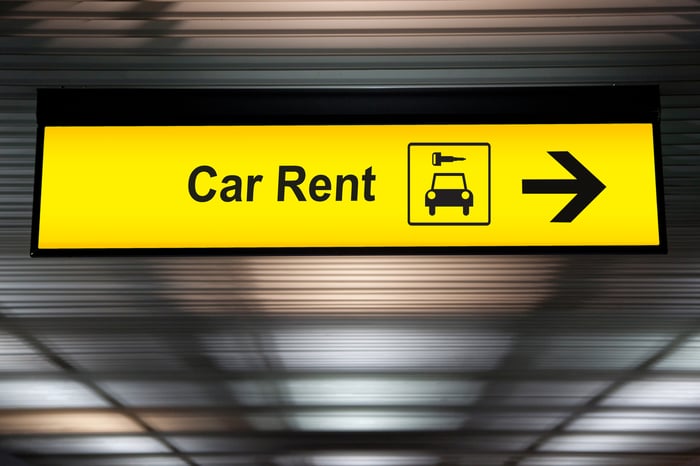 There was a lot of market speculation in May that the economy will recover rather quickly, especially in the travel sector. According to the TSA, the number of travelers who went through U.S. airport checkpoints on June 4 was similar to the number of travelers on March 22 -- early in COVID-19 shutdowns as travel was plummeting. That June 4 figure was less than 15% of the daily number from a year prior -- an improvement from April levels in the 4% range, but still quite low.

Demand, then, is not picking up quickly, but there are at least some signs that airplane and hotel bookings are rising, which means car rentals will grow as well.

The sharp rise in Avis Budget's shares -- which has brought them almost back to where they started 2020 -- is impressive, but I think the company remains in a risky position. Travel is still heavily suppressed, and it may be years before it returns to anything near where it was in 2019. That will be problematic for Avis Budget, even more so given its new high-interest-rate debt, which will put an extra financial burden on the company. With so much uncertainty, this isn't a consumer discretionary stock that I'm willing to bet on for the long term.