The global airline trade association, International Air Transport Association (IATA), has released its latest estimates on the impacts of the ongoing COVID-19 pandemic on the world's airlines. It now predicts that 2020 revenue losses for passenger airlines could reach $371 billion.

Loss estimates from the trade group have been growing as the pandemic has progressed. In early March, IATA initially predicted passenger airline revenue losses of $113 billion due to the pandemic. That estimate grew to $252 billion in late March, and $314 billion in mid-April as travel restrictions grew and COVID-19 outbreaks spread to areas such as Africa and Latin America. 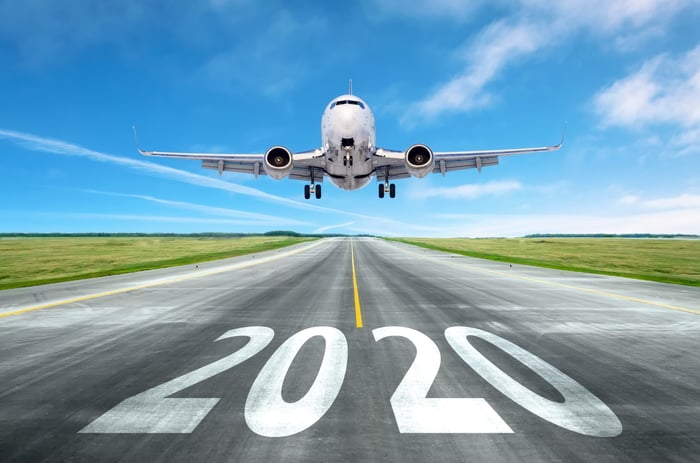 The latest forecast is based on an increased lack of passenger demand as international borders closed and lockdowns increased to try and contain the outbreak. It said that overall passenger levels for the year will be equivalent to levels not seen since 2006. The new prediction for revenue losses also takes into consideration that revenue will decline more than demand, as airlines offer price concessions as incentives to lure customers back.

IATA did point out that a bright spot is cargo demand. There is a shortage of cargo capacity created by passenger jets being grounded, as they are utilized to move certain types of cargo. This is pushing rates up by 30% for the year, the trade group estimates. It believes cargo revenue will reach near-record levels in 2020, contributing more than double to industry revenues than it did for 2019. The demand for cargo aircraft was confirmed by Boeing (NYSE:BA) in its May order update, as it delivered cargo jets in May, and no passenger jets.