The new partnership might steer clear of government opposition.

News from multiple sources this morning indicates that Uber Technologies (UBER 0.30%) has likely dropped its attempt to acquire food delivery service Grubhub (GRUB) -- or at least that Grubhub has turned elsewhere amid strong regulatory resistance to the merger. While details are still uncertain, Just Eat Takeaway.com (JET 4.11%) says it's now working out a merger with Grubhub.

A group of U.S. senators expressed strong opposition to the merger of Grubhub and Uber, noting the deal would put around 90% of the American food delivery market under a single company's control. Grubhub, apparently deeming a Department of Justice investigation a real possibility, initially asked Uber for a "breakup fee" agreement in case the senatorial opposition aborted the purchase. 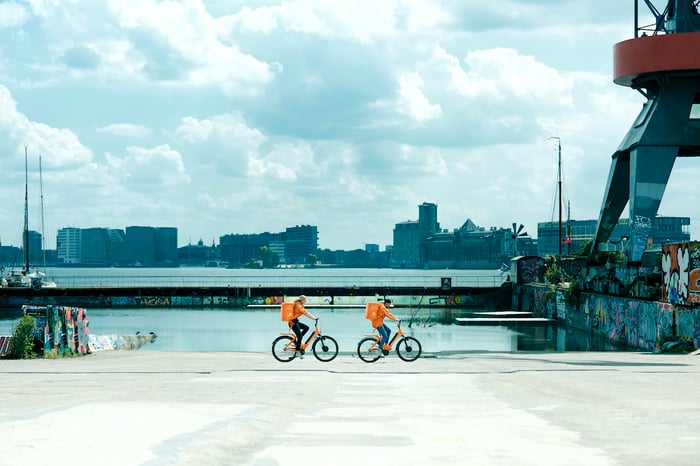 According to CNBC, Uber itself might have stopped the talks, concerned with the regulatory stumbling blocks rather than Grubhub's asking price. Both companies' share prices are now down in Wednesday morning trading, Grubhub's by approximately 1.4% and Uber's by more than 5%.

Just Eat Takeaway.com appears to stand ready to close a deal with Grubhub, however. Just Eat is a European company with headquarters in Amsterdam, which describes itself as "a leading global online food delivery marketplace outside China." The network of restaurants the company works with is mostly located in European countries. It also has a presence in Canada, Mexico, Brazil, Australia, and New Zealand, but has not yet entered the U.S. delivery market.

According to a company press release this morning, Just Eat's management board "confirms that it is in advanced discussions with Grubhub regarding an all-share combination of Just Eat Takeaway.com with Grubhub." The release provides no further details but says a "further announcement will be made when appropriate."