Please ensure Javascript is enabled for purposes of website accessibility
Log In Help Join The Motley Fool
Free Article Join Over 1 Million Premium Members And Get More In-Depth Stock Guidance and Research
By Eric Volkman – Jun 10, 2020 at 8:32AM

The company's bottom-line shortfall doubled and then some on a year-over-year basis.

The company suffered a near-complete decimation of its business during the quarter. This, naturally, was due to the coronavirus pandemic, which ground its operations to a near-standstill toward the end of the quarter ended March 31. 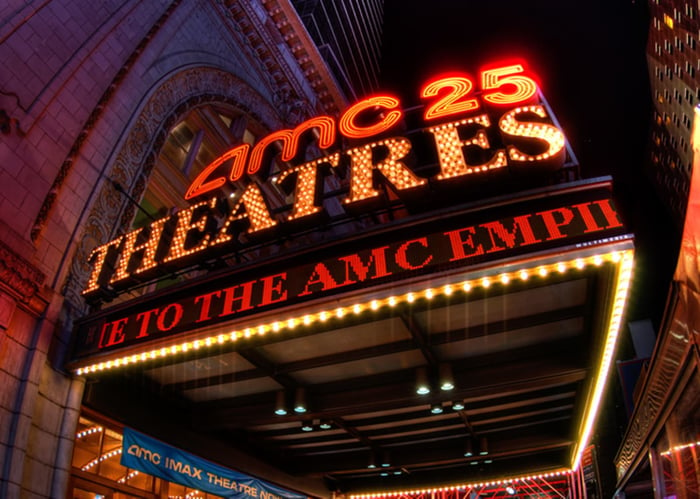 Neither headline figure came close to hitting the average analyst estimate. Collectively, the prognosticators following the stock were anticipating $951.4 million in revenue and an adjusted per-share loss of only $1.52.

Investors might have been cheered by AMC's pronouncement, made during the conference call discussing the results, that it aims to have nearly all its theaters around the world open by late July. This will, of course, depend on mandates from authorities in each of the company's markets; it is by no means assured that they will be fully on board with such plans.

AMC's zippy after-hours performance was sharply contrasted by its 7.1% drop during the trading day. That was a steeper fall than that suffered by many consumer goods stocks, as well as the main equity indexes.