Please ensure Javascript is enabled for purposes of website accessibility
Log In Help Join The Motley Fool
Free Article Join Over 1 Million Premium Members And Get More In-Depth Stock Guidance and Research
By Eric Volkman – Jun 11, 2020 at 10:16AM

The two giants are teaming up to lend money to merchants.

In a collaboration uniting two famous names in finance and retail, Goldman Sachs (GS -3.50%) will team up with Amazon (AMZN -3.01%) to provide small business credit lines. That's according to a report Wednesday from CNBC, citing "people with knowledge of the project."

Amazon will begin offering such borrowing facilities to small business owners who list items on the big retailer's site. They are to receive solicitations from Goldman's Marcus online bank division for credit lines of as much as $1 million through Amazon's Seller Central merchant hub. According to the article, those solicited will be able to apply for the credit lines in a simple, two-step process. 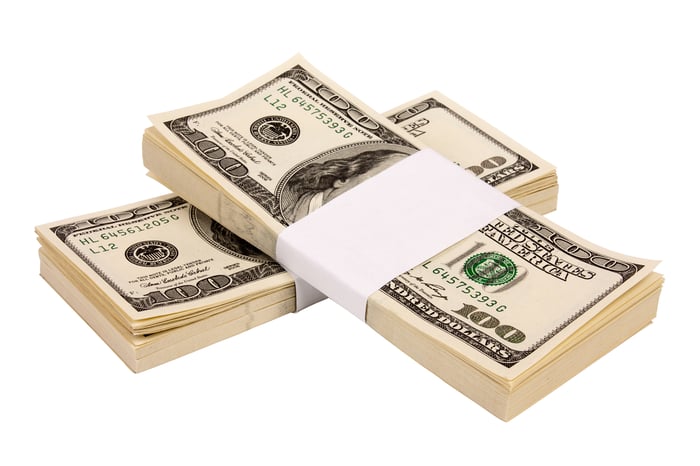 The fixed annual interest rates will range from 6.99% to 20.99%. No other terms or conditions were mentioned in the article.

As the lender, the Goldman Sachs division will be the party responsible for approving and managing the credit facilities.

Amazon already has a business lending program, although this is entirely proprietary. The Goldman Sachs arrangement will be its first partnership in the segment, and the first time it has ceded decisions on such loans to an outside entity.

In addition to collecting interest and, presumably, fees on the credit lines, Marcus will also have access to data about merchants who list on Amazon. This would aid the bank in its overall decisions, and in shaping products for those users. According to CNBC, that data will be used only by consent.

Neither Goldman Sachs nor Amazon has yet made an official statement on the program, and the article did not say precisely when it will launch.