Please ensure Javascript is enabled for purposes of website accessibility
Log In Help Join The Motley Fool
Free Article Join Over 1 Million Premium Members And Get More In-Depth Stock Guidance and Research
By Maurie Backman – Jun 11, 2020 at 9:18AM

Here's how U.S. adults are addressing their need for money right now.

The COVID-19 crisis has affected many people in different ways. Some have lost their jobs completely. Others have seen their hours or income reduced. And some Americans haven't lost income at all, but rather, are grappling with general financial uncertainty -- the kind that's enough to keep anyone awake at night.

Either way, a lot of people are struggling to cover their regular living expenses right now, and are taking difficult steps to avoid falling behind on bills. Here are three specific moves Americans are making, according to the latest findings from Northwestern Mutual's 2020 Planning and Progress Study. 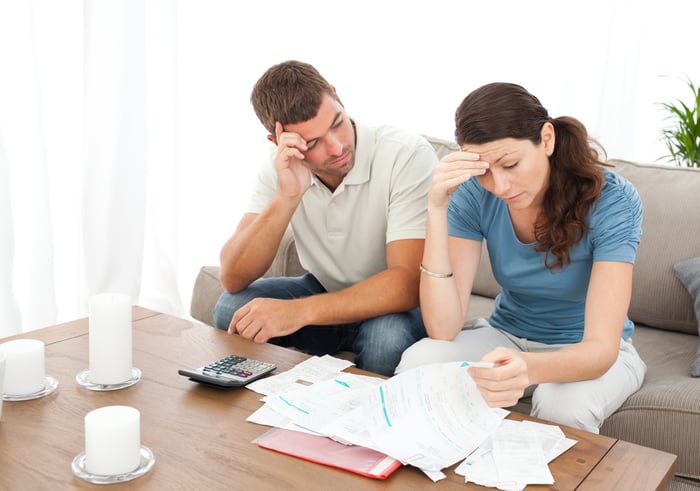 25% are dipping into personal savings

The fact that 25% of Americans have savings to withdraw from is a good thing, as numerous reports have emerged in the past pointing to the fact that U.S. adults are glaringly lacking emergency savings. If you have an emergency fund and are having a hard time paying your regular bills, now's the time to tap it without feeling guilty. After all, if a recession and pandemic combined don't count as an emergency, what on earth does?

That said, it's definitely a good idea to map out a plan for rebuilding your emergency savings once the crisis is over. That could mean rethinking your spending or reducing some expenses. For example, you may not be in a position to move right now, but once it's safe to house-hunt, you may want to find a place with lower rent, as that will help you replenish your savings.

14% are borrowing from family or friends

If you have friends or family members who are in a good spot financially, asking for a loan is a good way to access money without racking up loads of interest charges. Of course, just because 14% of Americans are borrowing from friends and family doesn't mean you'll have that option, but if that's not the case, think about how you can borrow most affordably.

If you own property, a home equity loan or line of credit is probably your best bet, and usually, they're both fairly easy to qualify for. If you don't own a home to borrow against, think about applying for a personal loan, as you might score an affordable rate on one if your credit is good. Just be wary of credit cards -- they tend to charge exorbitant interest and can wreck your credit score in the process.

10% are tapping their retirement accounts

The CARES Act, passed in late March, made it possible for those affected financially by COVID-19 to take up to a $100,000 withdrawal from a 401(k) or IRA penalty-free. Normally, withdrawals taken before age 59 1/2 incur a 10% penalty.

It's not shocking to see that 10% of Americans are turning to their retirement accounts to access money in a pinch. After all, with a retirement plan withdrawal, you don't need to apply for a loan and face rejection; you simply access money that already belongs to you. But while raiding a retirement plan might seem like a good solution to your financial woes, it's one that can easily backfire.

Say you need $5,000 immediately to pay bills, so you withdraw it from your IRA. If you're 20 years away from retirement and your IRA normally generates an average yearly 7% return (which is a few percentage points below the stock market's average), you'll wind up losing out on over $19,300. Ouch.

If you're really out of options, you may have no choice but to tap your retirement savings. But first make sure that's truly your last resort. You should, for example, try negotiating or asking to defer some bills before going that route.

Clearly, Americans are taking different steps to cope with income struggles and losses. No matter what course of action you pursue, think things through before risking a decision you wind up regretting.