May's jobless rate seemed like an improvement initially, but flaws in data collection may have skewed the numbers.

In April, U.S. unemployment hit a dire milestone: The jobless rate reached 14.7%, the highest it's been since the Great Depression. Analysts expected an even worse number once May's jobs report became available, with some anticipating an unemployment rate of 20% or higher. But surprisingly, the unemployment rate fell in May to 13.3% -- still extremely high, but not nearly as bad as some of the numbers that were initially being tossed around.

But while a 13.3% unemployment rate was announced last week, the U.S. Bureau of Labor Statistics (BLS) admits that that may not tell the whole story. In fact, the actual unemployment rate may be over 16% because of an error in the way jobless data was collected. 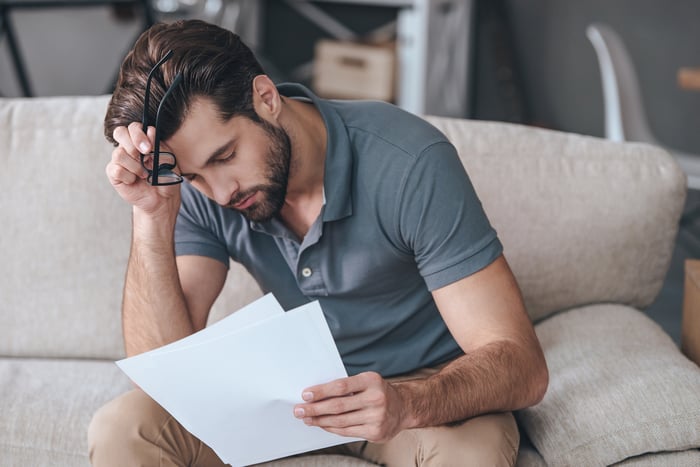 Why are the numbers so off?

An estimated 21 million Americans were out of work as of mid-May, according to the BLS, and that included furloughed workers. But those temporarily laid off workers may have been undercounted for one big reason. Unemployment levels are based on a household survey that asks people whether they're absent from work for "other reasons." Some workers who indicated that choice should have instead been classified as being unemployed or temporarily laid off, rather than employed but simply absent from work. As such, May's 13.3% jobless rate could actually be more like 16.3% when we account for that discrepancy, which indicates that our economic recovery may not be under way.

Of course, furloughed workers do have a reasonable chance of being called back to their jobs as more and more businesses reopen, so we may find that June's unemployment numbers are more encouraging, and correctly so. But for now, it looks like May's numbers were not, in fact, an improvement.

Do the specific numbers even matter?

It may be discouraging to learn that May's unemployment rate was not, in fact, lower than April's. At the same time, though, let's remember that double digit unemployment is pretty dire no matter how you dice it. It's crystal clear that the U.S. job market is in bad shape, and that those who are currently out of a job may stay that way for the better part of 2020.

Furthermore, those who are currently employed should be on guard for potential layoffs, especially at a time when we're dealing with recession-level numbers. Anyone who's still collecting a paycheck should make an effort to boost his or her emergency savings, get rid of high-interest debt, and be judicious with spending. Although the economy may be opening back up, it's too soon to tell what sort of uptick in jobs that will lead to, if any. And if there's a second wave of COVID-19 that hits at any point this summer or fall, we could see double-digit unemployment numbers that last well into 2021.