Please ensure Javascript is enabled for purposes of website accessibility
Log In Help Join The Motley Fool
Free Article Join Over 1 Million Premium Members And Get More In-Depth Stock Guidance and Research
By Maurie Backman – Jun 5, 2020 at 10:29AM

May's unemployment numbers came in lower than April's, but we're still worlds away from a full economic recovery.

Clearly, that's good news, especially since some predicted that May's unemployment level would reach 20%. But let's be clear: 13.3% unemployment is still a pretty dire number. Back in February, the jobless rate was just 3.5%, and the economy on the whole was in a much different place. While it's encouraging to see some amount of job gain in May, we still have a long road ahead to get back to where we were in February. 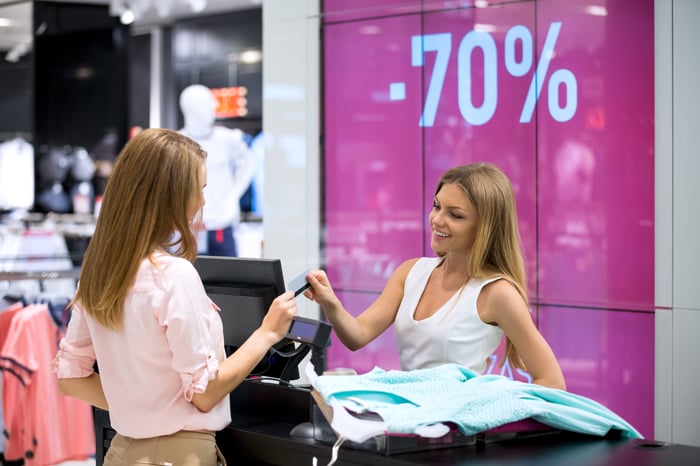 Will unemployment levels continue to improve?

With much of the country opening back up and states easing restrictions, we may see more jobs added in the coming weeks, which means June's unemployment numbers may be even more encouraging. But we're worlds away from a quick large-scale recovery, and industries that have seen high levels of unemployment -- namely, travel and entertainment -- are likely to stay sluggish until real progress is made in the fight against COVID-19. While more non-essential retailers, for example, may be opening their doors, we're nowhere close to a scenario where concert venues can be filled and travel is something consumers do on a whim.

Furthermore, we don't know if and when a second wave of COVID-19 will hit, and what impact it will have on joblessness. Many health experts have warned that a second wave is virtually inevitable, and some states are already seeing surges in cases after having reopened. As such, we really shouldn't get too excited about the fact that May's numbers look better than April's, because we're by no means in the clear.

Meanwhile, those who are now getting to return to work should take the opportunity to protect themselves in the face of a follow-up layoff. That means reducing expenses as much as possible and socking away money in savings -- ideally, enough to cover three to six months' worth of bills. Small business owners who are now being allowed to reopen should follow that same advice, especially since further shutdowns aren't off the table.

Cautious optimism with a side of realism

The fact that May's jobless rate came in at 13.3% rather than 20% is an unquestionable relief. And we may see that number continue to dip in June. But double-digit unemployment is nothing to celebrate, and until we're much, much closer to where we were back in February, we need to acknowledge the immense number of Americans who are still out of work and struggling. We also need to come to grips with a reality no one really wants to talk about -- that a second wave of COVID-19 could be far more destructive than the first one, spurring a recession many of us are in no way prepared for.