Please ensure Javascript is enabled for purposes of website accessibility
Log In Help Join The Motley Fool
Free Article Join Over 1 Million Premium Members And Get More In-Depth Stock Guidance and Research
By Danny Vena – Jun 11, 2020 at 11:20AM

The streaming-video pioneer is teaming up with the country's largest grocer to take targeted advertising to the next level.

While many investors still equate Roku (ROKU -1.66%) with its namesake streaming boxes and dongles, some don't realize that the lion's share of the company's revenue comes from ads shown on its streaming platform. Roku has extensive records on what viewers watch, giving the company a powerful advantage in the area of targeted advertising.

This is a huge win for Roku and provides insight into the future of targeted advertising. 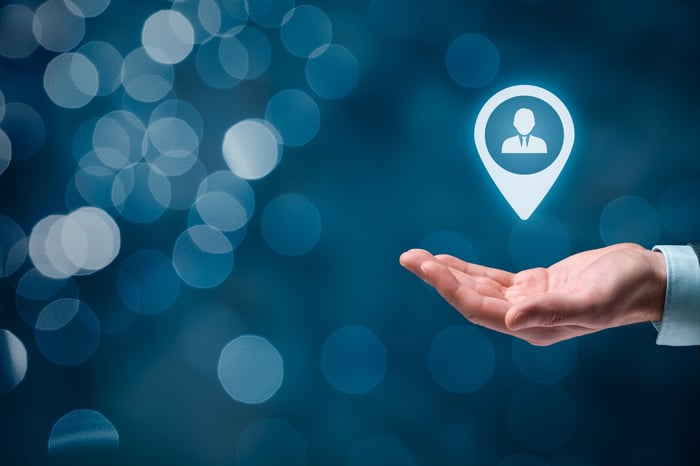 Roku announced the collaboration, which will give marketer's access to Kroger Data Science to help them better "measure campaign performance across the Roku platform." Combined with Roku's existing targeted advertising tools, it will help "measure the effectiveness of linear TV built on the largest licensed TV operating system (OS) in North America."

Roku is among the most popular streaming platforms on the continent, with nearly 40 million active accounts to close out the first quarter. Additionally, Roku reported that for 2019, nearly 1 in 3 smart TVs sold in the U.S. used the Roku OS. This installed base of viewers, combined with Roku's data analytics, provides a wealth of information that's extremely valuable to potential advertisers.

"We believe that all TV ads will be targeted and measurable," said Alison Levin, Roku's vice president of ad sales and strategy. "Our new shopper data program will make it easier and more effective for [consumer packaged goods] advertisers to shift spend to streaming and focus on value for every ad dollar spent."

Bagging the nation's largest grocery store is a huge validation for advertising on Roku's platform and also serves to illustrate the tremendous upside for the future.

Here's why it's a big deal

A recent study found that while streaming video accounts for 29% of all television viewing, only about 3% of current television advertising budgets are allocated to streaming, according to IPG's Magna Global. With more and more viewers adopting streaming video, marketers are eager to capitalize on that trend and are increasingly moving ad dollars to reach consumers on ad-supported streaming services and connected TVs.

One upon a time, when the majority of viewing took place on traditional broadcast television, marketers would show commercials to the largest audience possible in the hopes that these would result in brand recognition with a corresponding increase in sales. Advances in digital advertising allow marketers to focus on certain consumer demographics, behavior, or buying history in order to place ads that'll more likely be effective with specific groups of customers.

Streaming video and connected TV provide a technology platform that continually collects viewer data that, when combined with advanced analytics, is used to target those ads and increase the likelihood that the message will reach the right customers. It also results in advertising that's more measurable and accurate, helping to ensure that marketers get an optimum return on their investment, making each ad far more valuable.

A large and growing opportunity

Roku is the largest streaming provider in the U.S. in terms of hours streamed -- with 13.2 billion hours in the first quarter alone -- while hosting hundreds of ad-supported channels on its platform. For its part, Kroger brings shopper data from 60 million households across its 2,800 supermarkets.

The partnership will result in a powerful intersection of consumer data and viewers and lays out a path for advertisers making the move from traditional broadcast television to ad-supported streaming video. As the leading streaming platform in North America, Roku has the most to gain -- much to the delight of its shareholders.