Boeing has scaled back its 737 Max production plans, which means less work for the supplier.

Spirit, a one-time Boeing subsidiary, still counts on the aerospace giant for a substantial portion of its revenue, providing components of many of its planes. Among them, it makes the fuselages and other parts for the 737 Max, a plane that has been grounded since March 2019 after a pair of fatal crashes caused by flaws in a flight control system. 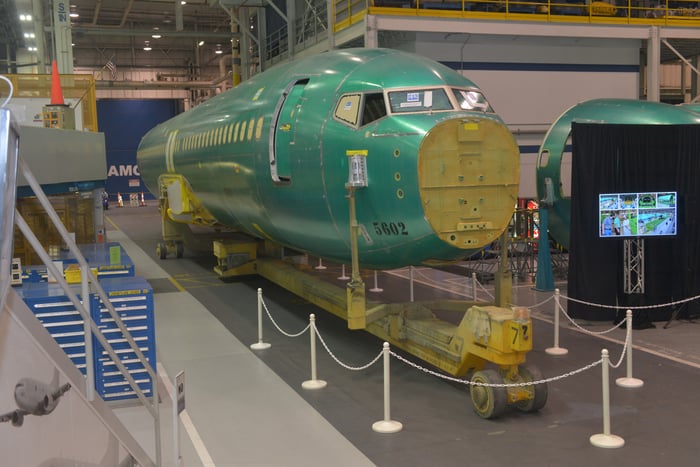 Boeing suspended production on the 737 Max in January but restarted the line in late May in anticipation that the aircraft would receive approval to fly again later this year. But the manufacturer is apparently already scaling back its expectations for the plane.

Spirit said late Wednesday that it had received a letter from Boeing directing it to pause additional work on four 737 Max shipsets -- an industry term for the complete set of parts for one plane -- and to avoid starting production on 16 shipsets scheduled to be delivered in 2020.

Spirit said it is expecting a reduction of more than 20 shipsets to its previously disclosed 2020 production plan of 125, and is placing about 900 workers involved in 737 Max production on unpaid furlough for three weeks.

Boeing has done a good job propping up its supply chain during the 737 Max grounding and more recently during the COVID-19 pandemic, so Spirit's business should not be threatened by this slowdown. But the news is not good for the company's long-term growth plans.

It's beginning to look like the 737 Max might never be the best-seller Boeing and its suppliers thought it would be when it was first announced. Prior to the plane's grounding, Boeing had hoped to make as many as 57 Max planes a month; its current goal is to get to 31 planes per month in 2021.

Boeing has a glut of built but not yet delivered aircraft to work through, and with commercial airlines still seeing drastically lower ticket sales due to the pandemic, their need for new planes is minimal. The aerospace giant must carefully balance its need to keep its workers and its suppliers busy with its need to avoid adding too much more inventory to its stockpile of undelivered planes.

Spirit did announce that it had received an $80 million award from the Defense Department on Thursday, a reminder of the company's efforts to diversify. That news is to be applauded, but as Thursday's stock action shows, this is still very much a business that is reliant on Boeing's commercial aerospace production plans.