It looks and feels like something of a distracting side project, until you find out how big trucking really is.

Nikola (NKLA 11.36%) founder and CEO Trevor Milton appears to have borrowed a couple of pages from Elon Musk's playbook. That is, make bold claims about your electric vehicle company's potential, even if that endzone is years down the road and fraught with challenges. In just the few days since his company began publicly trading, Milton has compared his Nikola to e-commerce monolith Amazon, warned Ford he's looking to outsell its popular F-150 pickups, and then didn't balk when asked about an analyst's suggestion that the maker of hybrid semi-trucks could be worth more than $100 billion.

Musk, chief of budding big rig rival Tesla (TSLA 2.90%), responded because ... well, that's what he does. Now realizing that Nikola could beat the world's biggest EV maker to the semitrailer mass market, he sent an internal memo to employees telling them: "It's time to go all out and bring the Tesla Semi to volume production." That truck was first unveiled in 2017.

Investors love the drama, of course, including the ones that neither own Tesla nor newly minted shares of Nikola. Electric cars are cool, and electric trucks solve a major problem. It's also fun to watch two bigger-than-life CEOs spar while wearing their egos on their sleeves. 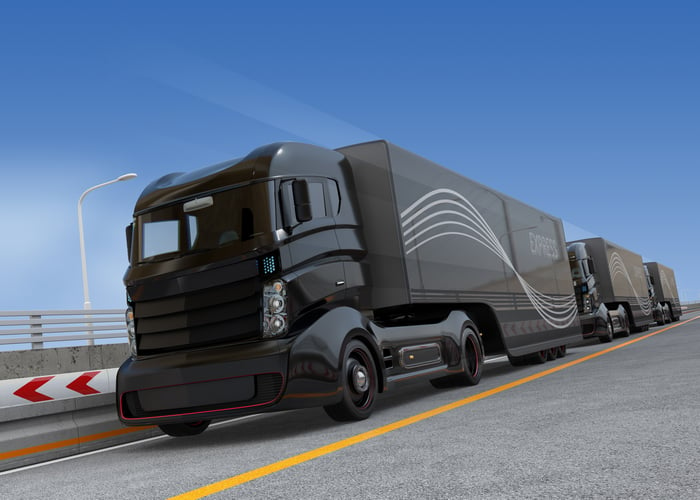 There's an incredibly important question not enough people are asking about the matter yet, however, while they're distracted by the juicy headlines. That is: How much money is there to be made by manufacturing the tractors that pull trailers across the world's roads?

It's a cyclical (and somewhat psychological) business. S&P Global estimates worldwide sales of semitrailers reached 2.3 million last year, falling just a bit from 2018's record-breaking figure of closer to 2.4 million. At the time, trucking companies were anticipating a swell of sustained demand into 2020.

That demand wasn't sustained, of course. Even without the effect of the COVID-19 contagion, fleet owners began to feel they overbought. To correct their course, S&P Global reckons the industry will only purchase around 1.7 million new rigs this year, followed by a 10% uptick in 2021.

Given the numbers for all four years, we can roughly say heavy-duty haulers sell at a clip of about 2 million per year.

As for their retail cost, the sticker price can vary widely for a new truck. Frost & Sullivan pegs the figure between $110,000 and $125,000. A look at dealers' lots suggests many drivers and fleet owners will pay in excess of $150,000 for a new semitrailer, jibing with the numbers Tesla was using to make its cost-comparison with its rig that was first revealed in 2017. Tesla's truck will cost more, starting at $150,000 with some models expected to sport a sticker price of $200,000 each, although they're cheaper to operate in the long run when factoring in fuel savings.

But, let's conservatively say the typical cost of a new diesel rig is $125,000. At that price, multiplied by next year's estimated unit sales of around 1.9 million, the so-called "big rig" market is worth about $240 billion per year. That's big.

Nikola and Tesla won't be able to capture all of that market, of course. Not only will the two electric semitrailer makers -- Tesla's is 100% battery-powered, while Nikola's is a hybrid engine sometimes powered by hydrogen -- be competing with one another, they're competing with other companies also venturing into the battery-powered heavy-hauling arena. Truck name Freightliner is working on an all-electric hauler that's expected to go into production next year. Kenworth, owned by PACCAR (PCAR 3.97%), as well as Geely-owned Volvo are also getting the electric truck game, and while both are behind Nikola and Tesla on this front, they're not miles behind the leaders of the relatively new category.

Then there's the matter of logistics. Although the world will need around its typical 2 million new semitrailers next year, S&P Global predicts the North American market will only need around 200,000 new ones next year, up from this year's expected 150,000. Europe usually buys about 100,000 more than the North American market does in any given year. Electric rigs can certainly be shipped overseas, but it's not easy or particularly cheap to deliver an 80,000-pound metal monster across an ocean.

Ergo, the easy market will be somewhat limited to near where Nikola and Tesla are making their battery-powered trucks. That's Fremont, California, for Tesla, though it also needs components from its Sparks, Nevada, facility. Nikola operates production facilities in Arizona and Germany. But it may ultimately be easier to set up multiple production facilities all over the world than to try to serve the whole market from only one or two locations.

Still, even a fraction of a $240 billion sliver of the transportation industry is a nice chunk of change. Even a 10% share of the market translates into more than $20 billion worth of annual revenue for a name able to garner that much share from the mostly diesel market.

On that note, Tesla indicated as far back as 2018 that it was sitting on orders for more than 2,000 of its electric rigs, while Nikola reports it had to stop taking orders after preorders reached a retail value of around $14 billion. The backlog was simply getting too big. There may be enough room for both companies to thrive with their alternatives to diesel-burning semitrailers.