Please ensure Javascript is enabled for purposes of website accessibility
Log In Help Join The Motley Fool
Free Article Join Over 1 Million Premium Members And Get More In-Depth Stock Guidance and Research
By Jason Hall – Jun 13, 2020 at 6:02AM

This offshore bank isn't a household name, but its ability to generate high returns makes it worth investors' consideration.

Banking in the U.S. is dominated by a handful of behemoths. This causes many investors to miss out on some hidden gems in the financial industry that, frankly, are easily overlooked. One of my favorites is one whose branches you certainly haven't seen on any American street corners: Bank of N.T. Butterfield and Son (NTB -1.79%).

But don't let its lack of visibility cause you to ignore it as a potential investment. What it lacks in name recognition, it has certainly made up for in profitability, as well as a dividend history that puts it head-and-shoulders above the U.S. mega-banks. 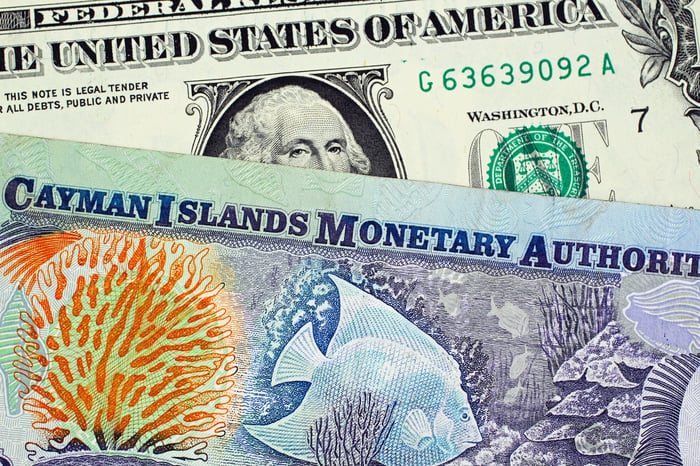 What is N.T. Butterfield?

This full-service bank operates in the Cayman Islands, Bermuda, and the Channel Islands off the European coast, catering to high-wealth individuals and businesses that operate internationally. Butterfield is the oldest and largest independent bank in Bermuda, having been established in 1858 and incorporated in 1904. But only became a public company recently, first trading on U.S. stock markets in 2016.

Its stock performance has had strong periods, but overall, it hasn't been particularly great so far. 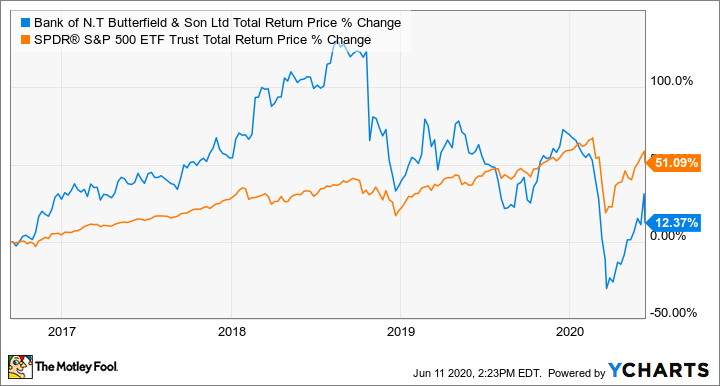 The coronavirus pandemic has played a big role in the stock's recent underperformance, but the decline over the prior year or so was shared by most banks, largely a reaction to the Federal Reserve's moves to cut interest rates in 2019. Within this context, Butterfield has actually outperformed many of its bank peers since going public. 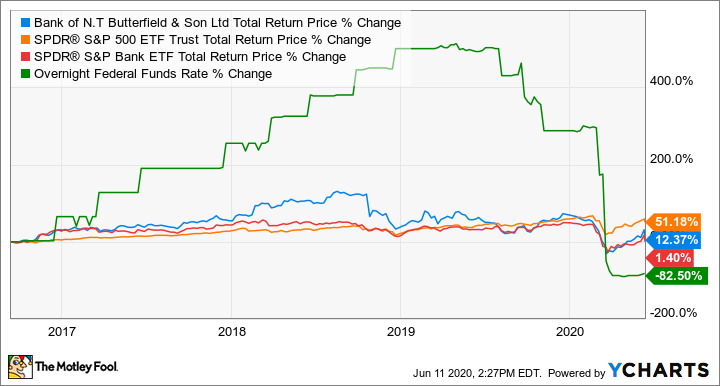 Why Butterfield Bank should be on your watch list

The current interest rate environment, with benchmarks at or near zero, isn't great for banks. Factor in a global recession and what could be a long path to full recovery, and the outlook for the bank has shifted from strong to worrisome this year. And while that creates risk for Butterfield, which does real estate lending in the U.K., I think the strengths of its business make it a compelling investment even now.

Butterfield's geographic locations and its business model catering to the wealthy give it a competitive advantage. The global economy is struggling and a protracted downturn in the U.S. has implications around the world, but Butterfield is built to feel less impact from this than other banks.

One of its strengths comes from a recent acquisition that expanded its banking operations to the Channel Islands -- British Crown dependencies that are technically not part of the U.K., and boast financial regulations that make them (much like the Caymans and Bermuda) particularly attractive as offshore financial centers. On the first-quarter earnings call, management called out the fee income generated by its Channel Islands banking operations as a factor in the growth of its overall non-interest income. It's likely we could see more high-wealth individuals move more of their assets into cash or use Butterfield wealth management services going forward. These are potential tailwinds for its bottom line even during the ongoing period of economic and market uncertainty.

Even with the risks, Butterfield looks cheap today

Whether you use earnings or book value -- both of which are helpful valuation metrics for banks -- Butterfield stock looks incredibly cheap. 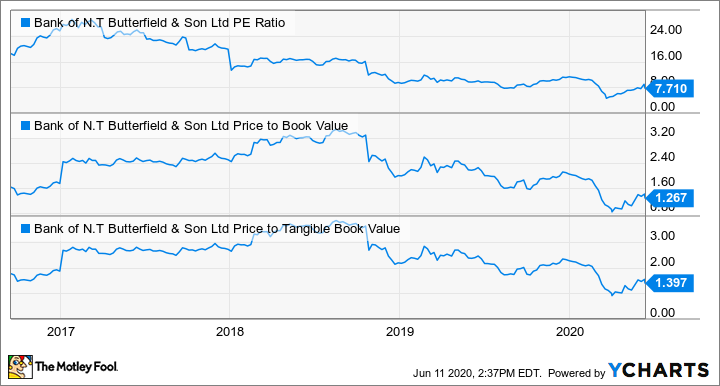 Yes, its earnings are likely to fall sharply this year, and the book value of its loans could fall as well. But as a baseline for a fully recovered economy, today's prices should prove really, really great entry points once we move beyond COVID-19.

That's because Butterfield has a history of delivering strong returns. Here's how it has performed in return on assets and return on equity, two important measures in banking, relative to some of the largest U.S. banks: 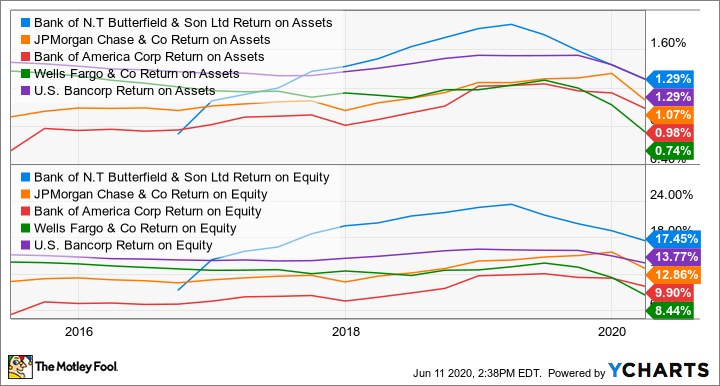 As the table above shows, Butterfield has handily outperformed the megabanks, and it likely will continue to in the future.

Butterfield isn't immune from the global implications for COVID-19 -- no bank is. But it has some structural cushions against this economic downturn, and its management has a good track record of navigating rough times. The current CEO has been with Butterfield for more than a decade, and most of the executive staff has multiple decades of experience in banking.

So even with the risks and the possibility that the stock price could fall even further from here before an economic recovery really kicks in, Butterfield is a compelling investment. It may be under the radar, but its profitability and current valuation should make it a big winner in the years to come.

Why I Own NTB Stock

Should Investors Scoop Up These 2 Stocks on Sale?