Please ensure Javascript is enabled for purposes of website accessibility
Log In Help Join The Motley Fool
Free Article Join Over 1 Million Premium Members And Get More In-Depth Stock Guidance and Research
By Dan Caplinger – Jun 13, 2020 at 6:15AM

These companies don't fit the image of the classic Berkshire Hathaway stock, but they're in the portfolio for good reasons.

Warren Buffett has millions of fans, and he's had an extremely successful investing career. Even now, any company included among the stock holdings of Buffett-led Berkshire Hathaway (BRK.A 1.68%) (BRK.B 2.17%) carries a mark of honor and distinction that many investors take as a seal of approval.

Buffett is well-known for his value investing strategies, and most of his top holdings share characteristics that value investors will appreciate. However, there are definitely some stocks within the Berkshire portfolio that don't look like they really belong at first glance. Below, we'll look at three of the stocks that seem the most out of place within the Buffett universe. 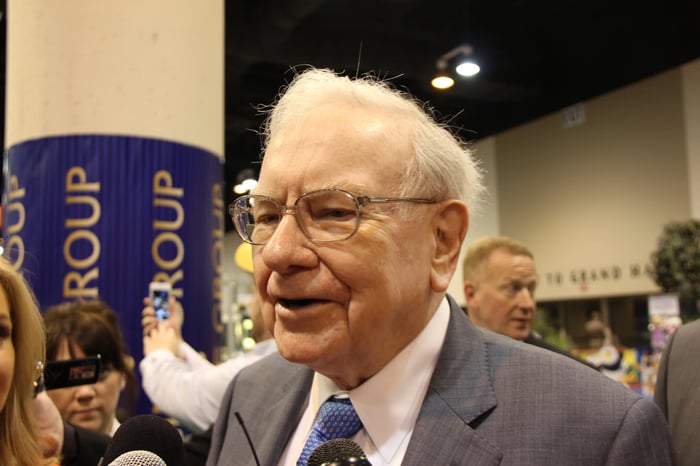 Often during his investing career, Buffett has bought into companies when they were down and out. For RH (RH 3.33%), formerly known as Restoration Hardware, the grand opportunity to buy into what seemed like a tired, beaten-down store concept was the late 2000s, when private equity investors teamed up with current CEO Gary Friedman to take the company private. The aftermath of the housing bust had left the retailer struggling, but in its time as a privately held business, Friedman and his partners were able to fix problems and craft a new strategic vision for the chain.

Even though RH went public again in 2012, it wasn't until late 2019 that Buffett made his first purchase of RH shares. During those years, the stock had climbed substantially, and Friedman had built a reputation for building not just a successful retail business but a budding luxury brand. RH's membership model gave the stores an air of exclusivity, and even during 2020's tough times, it has found ways to cushion the blow to its financials.

Friedman is unapologetic about his intensity in driving RH forward. That might not seem consistent with Buffett's mild-mannered approach, but he also gives the executives who operate the many wholly-owned companies under Berkshire's umbrella plenty of free rein to run those businesses as they see fit. As a result, RH might fit the mold of Buffett companies better than you'd think -- and Berkshire's 9% stake in RH could see a nice pop higher if the luxury home furnishings retailer keeps executing well on its strategic vision.

Like RH, StoneCo (STNE 10.70%) is a relatively new addition to the Berkshire portfolio. It's also a rarity among Buffett-purchased stocks because Berkshire added the company to its holdings in StoneCo's initial public offering toward the end of 2018. Many have speculated that Buffett himself didn't make the selection, with some attributing the buy to portfolio manager Todd Combs.

StoneCo is based in Brazil, and it's vying for position in the payment processing business in Latin America. The war on cash is especially fierce in StoneCo's home territory because the opportunity to offer electronic payment alternatives is especially lucrative in many underbanked segments of the Latin American market. With growing payment volume and numbers of merchants using the StoneCo network, the company is playing an increasingly important role in the Brazilian economy. Berkshire's approximately 5% stake in StoneCo positions Buffett to benefit from its continued success.

I wouldn't be surprised if Buffett has never listened to satellite radio, but that hasn't stopped him from investing in Liberty Sirius XM (LSXMA 1.97%) (LSXMK 2.17%) tracking stock. Liberty currently owns 71.5% of Sirius XM, and the tracking shares are equivalent to several shares of Sirius XM Holdings (SIRI 2.63%).

Berkshire has owned its stake in Liberty Sirius XM for a number of years. Investment manager Ted Weschler was likely the decision-maker behind the purchases of various Liberty-controlled entities. Yet regardless of who picked it, Sirius XM has steadily gained ground over the past decade. It could take patience for Sirius XM to provide further gains, but Buffett's a big fan of keeping a long time horizon even as he approaches his 90th birthday.

Don't judge a book by its cover

There are some stocks that seem like natural Warren Buffett  buys, but others make you shake your head and wonder. Liberty Sirius XM, StoneCo, and RH might not be classic value plays, but they still have the potential to help add to Berkshire's long-term performance.

Why Did Warren Buffett Buy These 6 Stocks in Q4?

Warren Buffett Bought These 9 Stocks in 2019