Please ensure Javascript is enabled for purposes of website accessibility
Log In Help Join The Motley Fool
Free Article Join Over 1 Million Premium Members And Get More In-Depth Stock Guidance and Research
By Maurie Backman - Jun 14, 2020 at 6:48AM

The rules surrounding the Paycheck Protection Program have changed -- and thankfully, for the better.

Small businesses across the country have been struggling since March, when COVID-19 really took hold and many were forced to close their doors or change their business models. Thankfully, the Paycheck Protection Program was rolled out in April to provide relief for small business owners.

PPP loans have been exceptionally attractive because of one key feature: the fact that they're forgivable, provided that small business owners adhere to certain rules. But those rules have changed -- for the better -- since those loans were first given out, so if you have one, here are a few things you need to know. 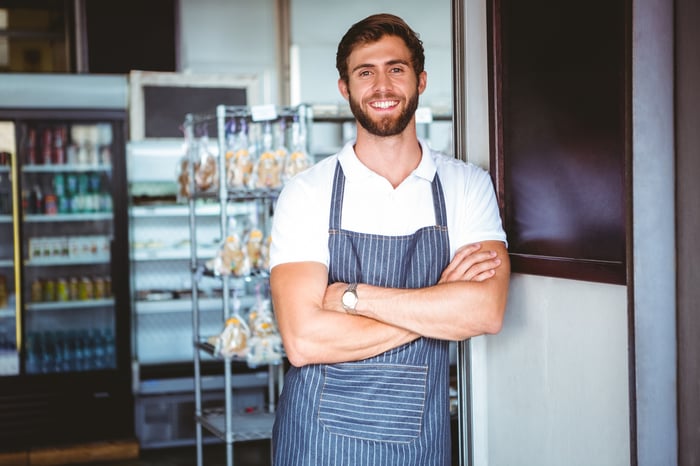 1. You can spend less of your loan on payroll and get it forgiven

Originally, to have your PPP loan forgiven, you had to spend 75% of your loan proceeds on payroll costs. That was an easy rule for staff-heavy businesses to follow, but many small operations complained that the 75% threshold left them with too little money left over to cover other essential operating costs, like their rent payments and utilities. As such, that threshold was recently lowered to 60% so that businesses can spend 40% of their loan proceeds on non-payroll costs and still be eligible for forgiveness. Furthermore, businesses that don't meet that 60% requirement may still be eligible to have a portion of their loans forgiven.

2. You get more time to use your loan proceeds

The original PPP loan program required small businesses to spend their funds within eight weeks of the date they received their loan proceeds. But many small business owners felt that timeframe was too restrictive -- especially for operations that are more seasonal in nature. Recently, that eight-week period was extended to 24 weeks, so small business owners now have a lot more time to use up their funds and qualify for loan forgiveness.

3. You get more time to rehire laid-off staff

A big goal of the PPP program was to prevent layoffs or encourage businesses that had let go of staff already to bring those employees back on board. As such, business owners who rehired laid-off staff would be eligible for loan forgiveness provided those people were put back on their payroll by June 30 of this year. Recently, the deadline for rehiring staff was extended to December 31, giving businesses more flexibility.

You can still apply for a PPP loan

When the PPP program was first introduced, it ran out of money within weeks. In late April, the program's funds were replenished, and while many small businesses clamored early on to secure funding, there's still some money left over to be claimed. If you didn't apply for a PPP loan initially because you felt the requirements were too limiting, it could pay to reexamine the rules and see about getting a loan now. But don't delay -- all PPP loan applications must be approved by June 30, so if you're serious about securing a potentially forgivable loan for your business, do it now. It could be just the thing that helps you get through the current recession.