Please ensure Javascript is enabled for purposes of website accessibility
Log In Help Join The Motley Fool
Free Article Join Over 1 Million Premium Members And Get More In-Depth Stock Guidance and Research
By Bradley Freeman – Jun 15, 2020 at 9:00AM

Why iHeartMedia is a good investment today.

Contrary to popular belief, audio is a growth story. Consumers were hit by economic shutdowns, halting work commutes, but in a normal world, those commutes will largely happen once more.

Within the audio space, Spotify is by far the most popular option. With its newly-signed Joe Rogan contract, it has arguably the best-known podcast personality in the world tied to its platform and a growing market share in the space.

But personally, I prefer iHeartMedia (IHRT -3.49%), a less popular name but one that touts "unparalleled audio reach both locally and nationally." Here are three reasons why. 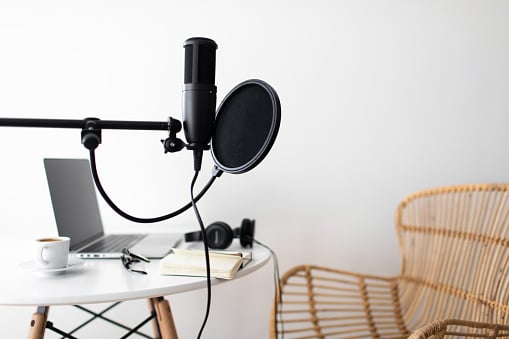 While iHeartMedia does have some traditional AM and FM assets that churn out cash flow, those do not guarantee growth going forward. Instead, that growth will come from the digital side of audio, where consumers increasingly spend time listening to their favorite personalities on the go via talk shows or podcasts. iHeart is larger than any other commercial radio podcaster, including NPR, and its growth is just beginning.

Content ranging from The Ron Burgundy Podcast to Stuff You Should Know attracts millions of listeners eager to connect to entertainers, and advertisers are taking note.

According to a Nielsen Catalina study, audio platforms including AM, FM, satellite, and podcasting all yield a higher return on investment (ROI) than traditional print or TV advertising. Companies that have spent years transitioning marketing platforms to television are now realizing audio was the best option all along. Here is just one example.

Starting in 2017, Proctor & Gamble began shifting ad spend back to iHeart's audio offerings. Investment dollars in audio ads tripled in 2018, only to double again in 2019 while continuing to shift away from cable. With traditional radio reaching 93% of Americans every week, it offers the broadest reach, and podcasting is a major growth medium. Furthermore, return on ad dollars spent in audio can yield as much as a twelve times greater return than the same dollar spent on TV advertising. According to Procter & Gamble's chief brand officer Marc Pritchard, the company "rediscovered the power of audio." iHeartMedia is a big part of the evolution.

To solidify the company's piece of the growing audio ad-share market, CEO Bob Pittman is investing heavily in data analytics. While the company reduced some of its investments in response to COVID-19, it remains fully dedicated to building out smarter advertising solutions. iHeartMedia is finally modernizing how the company and its personalities can access and react to information.

A couple examples: Its AdSuite insights will be instrumental in the real-time quantification of advertisement and content success. It equips iHeartMedia with a holistic view on what is performing and what isn't to enable targeting investment dollars to successful shows and advertisements. Its Storytellers tool will enable podcasters to integrate relevant ads directly into episodes to avoid long breaks from the show.

Pittman's team will now be acting based on evidence, not opinion, and this will certainly help all parties more meaningfully connect with customers. It's reasonable to think more relevant advertising will seamlessly raise ROI as well. Combining this with last quarter's digital and podcasting revenue growth at 22% and 80%, respectively, the stock is quite appealing.

iHeartMedia trades at under 0.2 times its trailing 12-month revenue, a depressed sales multiple. Spotify, by comparison, fetches a 4.2 times multiple as of this writing. As iHeartMedia pushes its revenue mix to higher-margin digital offerings, that multiple should expand to something more in line with the competition. With digital making up about about 12% of iHeartMedia's top line, multiple expansion may not be too far away.

It's important to remember that Liberty Media reportedly put in a bid for Pittman's organization at over $20 per share before the pandemic hit, more than double current trading levels. While I'm not counting on that deal to happen, the previous offer does provide even more evidence of the company's value during normal economic conditions.

Pittman's company also has the balance sheet strength to continue making important investments in digital while weathering the pandemic storm. The organization exited Chapter 11 bankruptcy late last year, which eased debt burdens and interest costs. This is nothing to brag about, but it's still a positive development. The company generated $70 million in free cash flow during this painful last quarter. It continues to enjoy $100 million in untapped access to credit, and it rationalized its bloated workforce to realize more cost savings. The balance sheet is not stressed.

When our world officially does move on from this daunting pandemic, this media company will be there to provide valuable entertainment. Audio remains a highly relevant and profitable means of connecting with consumers. iHeartMedia's positioning in the industry, as well as its focused investment on smart advertising, will boost this stock going forward.

Why IHeartMedia Stock Was Climbing Today

Why iHeartMedia Is Jumping 12% Higher Today