Axon Enterprise (NASDAQ:AAXN) is in capital-raising mode. The law enforcement equipment supplier announced that it has launched a public offering of 3 million shares of its common stock. In its announcement, the company did not specify the timing of the issue.

It did say that the flotation's underwriters are being granted a 30-day option to purchase up to 450,000 additional shares. The underwriting syndicate is being led by JPMorgan Chase and also includes Baird and Raymond James.

Axon will use its share of the issue's proceeds for "working capital and other general corporate purposes." It did not provide more detail. 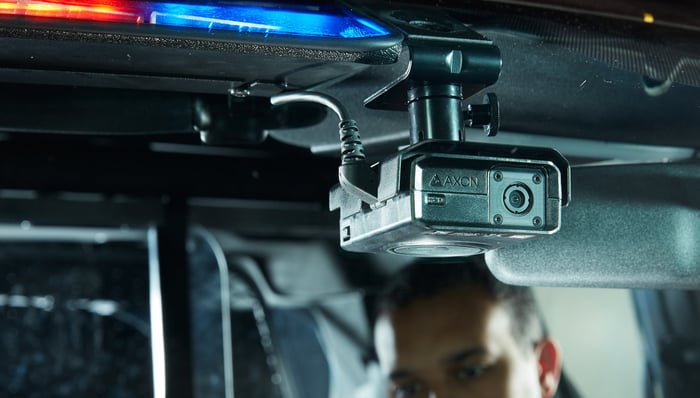 At the moment, according to market data compiled by Yahoo! Finance, Axon has just over 59.8 million shares outstanding. The new issue, therefore, shouldn't raise serious concerns about dilution. The company's common stock last closed at $100.35 per share, positioning it to take in more than $300 million from the upcoming flotation.

The company has seen its profile -- not to mention its stock price -- rise sharply of late. This is due to the (at least initially) heavy police involvement in the George Floyd/Black Lives Matter protests currently surging across the U.S. Axon's equipment both arms the police and helps to hold them accountable for their actions: two of its popular product lines are TASER stun guns and body cameras.

The company's shares started out this week very well. Exceeding the gains of the wider stock market and outpacing many fellow industrial stocks, the stock rose by almost 6.7% on the day, continuing a generally bullish run since the start of the protests.