Please ensure Javascript is enabled for purposes of website accessibility
Log In Help Join The Motley Fool
Free Article Join Over 1 Million Premium Members And Get More In-Depth Stock Guidance and Research
By Chad Henage – Jun 16, 2020 at 9:10AM

CenturyLink investors are probably wondering if this is 2019 all over again or if this time they can count on this high-yield stock.

CenturyLink (LUMN 3.34%) investors may be feeling a bit of deja vu. In early 2019, after repeatedly reassuring investors that the company's huge dividend was safe, management decided to cut the payout by more than 50%. The plan was to reduce dividend payments to focus on paying down debt, according to management.

Today, CenturyLink's yield has climbed to more than 9%, due to the stock's weak year-to-date performance. The question is, should investors count on this huge yield, or will this be like 2019 all over again?

Rotten to the core or a diamond in the rough?

To be quite blunt, CenturyLink is either a dying company fighting against reality or a turnaround story. It's not exactly a secret that companies are having trouble retaining traditional TV customers and that many people left their landlines in the dust a while ago. CenturyLink saw this coming and, through acquisitions, has tried to diversify itself into an enterprise-focused company. 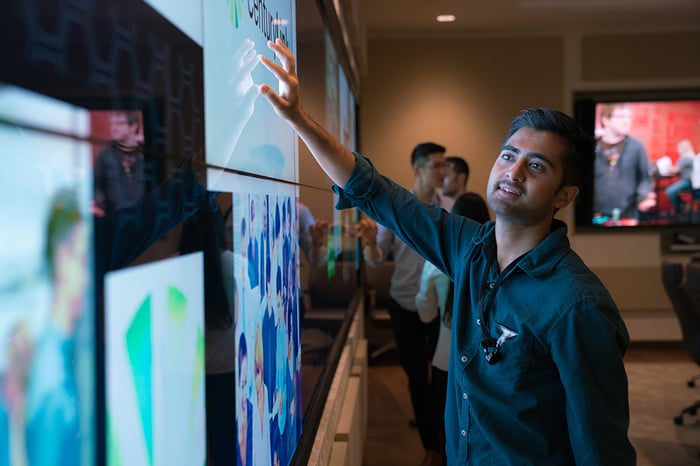 A comparison of CenturyLink to AT&T (T 1.20%) is instructive, as both companies have significant wireline operations. Revenue declined 5.8% year over year for CenturyLink's consumer business last quarter. AT&T's entertainment group -- which includes video, high-speed internet, and voice services -- reported a year-over-year decline of just over 7% for the same period.

While AT&T gets just under 24% of its total revenue from the consumer business and CenturyLink gets 25%, the two companies' operations are quite different otherwise. AT&T's business wireline segment represents less than 15% of total revenue. By contrast, CenturyLink's future is business and wholesale relationships, with roughly 75% of sales coming from these sources.

Arguably the two most important segments are CenturyLink's international and global accounts segment and the enterprise business. Together, these divisions make up 44% of the company's revenue. These two segments reported revenue in line with their prior-year results last quarter. For comparison, AT&T's business wireline revenue declined by 2.3%.

At first glance, CenturyLink's results don't seem encouraging. However, if we dig a bit deeper, there are a few positives. Over the last two quarters, the company has been losing slower-speed internet subscribers. For instance, in the first quarter, the company lost a net of 11,000 total broadband subs: mainly from the lower-speed customers. On a positive note, CenturyLink said that in faster speeds of 100 megabits and above, the company added 60,000 subscribers.

On the business side of the house, CFO Neel Dev reassured investors during the company's first-quarter earnings call. He indicated that demand for the company's services remains strong, but that many customers are delaying purchases for 60 to 90 days. In short, CenturyLink isn't losing business: It is just being delayed because of uncertainty in the economy.

Though CenturyLink's future is anything but certain, the company is focused on businesses that have underlying strength. If it can manage its debt and dividend, this isn't a bad start for investors.

How do you swallow an elephant? One bite at a time

The crazy saying about how to swallow an elephant is key to understanding how CenturyLink approaches debt management. When CenturyLink acquired Level 3 in late 2017, the company's leverage ratio (debt divided by EBITDA) was 4.3 times. By the fourth quarter of 2018, this ratio dropped to 4. By the fourth quarter of 2019, the ratio dropped again to 3.7. During 2019, the company also refinanced about $17 billion of long-term debt.

AT&T also has been very vocal about debt retirement since acquiring Time Warner in 2018. CEO Randall Stephenson said last quarter: "We'll continue to pay down debt and maintain high-quality credit metrics." AT&T is working hard to cut costs and sell non-essential assets, too. The company said it has identified about $7 billion in cost improvements that it believes it can achieve over the next three years, and it plans to sell billions worth of assets to pay down debt even further.

The company recently proposed a $1 billion fixed-rate private debt offering to extend 2022 and 2023 notes out to 2028. Though CenturyLink has a long way to go, the company's commitment to improve its balance sheet is a key factor to monitor in this recovery.

Strong support or a wobbly foundation?

While revenue trends and balance sheets are important, some investors just want the bottom line -- is the dividend safe? With CenturyLink offering a yield of more than 9%, many are counting on this yield as a big part of their expected return. CenturyLink's CFO got down to brass tacks in the last conference call. He said that no matter what model the company used for the economy in 2020, CenturyLink's payout ratio (as a percentage of free cash flow) should be in the 30% range.

The company expects to match capital expenditures to profitable projects. Since CenturyLink already has significant fiber assets, it has the flexibility to sell into those existing locations. As CenturyLink pays down and refinances debt, its quarterly interest payments should continue to fall.

For those who are willing to play the turnaround game, CenturyLink offers a compelling narrative. The company's revenue trend has improved over the last few quarters. It has trimmed its interest expense significantly and improved its balance sheet. With guidance of a 30% payout ratio range, investors should be able to sleep relatively soundly knowing that the dividend is unlikely to be cut.

As a bonus, CenturyLink shares are down significantly from their highs of just a few months ago. Investors who are willing to bear some risk in exchange for a significant yield and potential capital gain should have CenturyLink on their buy list.