Even after 50% gains so far this year, this fintech pioneer still has plenty of room to run, says one analyst.

PayPal (PYPL -2.96%) has been one of the undisputed winners from the shift to e-commerce and digital payments that accompanied the stay-at-home orders and government mandated lockdowns. The payment processing giant has seen its stock jump more than 50% so far in 2019, but its run isn't over according to one analyst. 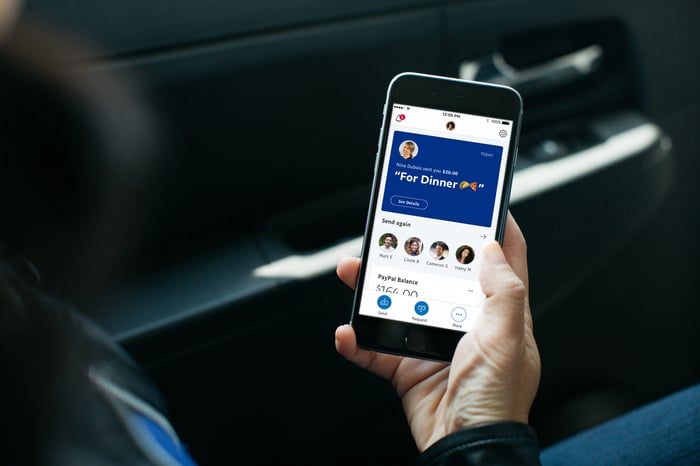 "We also believe there is further upside potential to second-half of 2020 estimates if strong e-commerce share gains continue past June," Baird wrote in a note to clients.

Even after robust revenue growth in the first quarter, PayPal will still benefit from the paradigm shift that's occurring in both e-commerce and digital (and touchless) payments resulting from the COVID-19 pandemic. In fact, PayPal management provided evidence that it emerged from the bear market downturn stronger than ever.

In the wake of its first quarter earnings report, CEO Dan Schulman said, "I would argue that April was probably the strongest month for PayPal since we became a public company," as the fintech company set a monthly record for net new active accounts during April, up 140% from January and February levels.

It didn't stop there, as the momentum carried into early May. PayPal revealed that May 1 was the largest transaction day in the company's history -- even surpassing the count from 2019's Black Friday and Cyber Monday. PayPal is also expecting to add a record 15 million to 20 million net new accounts in Q2, far surpassing the record 10 million it added in the first quarter.

The evidence suggests that PayPal certainly is a buy.