Bed Bath & Beyond (NASDAQ:BBBY) has been a tough stock to own for a long time. A slow start reacting to the e-commerce craze, cluttered stores, and inefficient operations all contributed to disappointing returns for investors.

Conversely, other traditional brick-and-mortar stores like Target evolved and took market share, even in the face of so much new competition. Bed Bath & Beyond's strategy in combating new entrants has been comparatively slow. 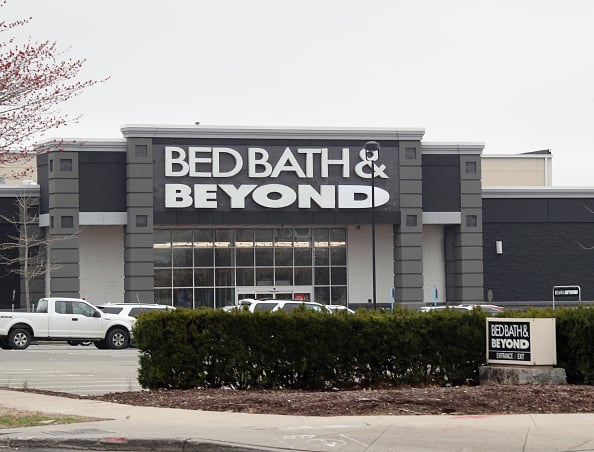 The retailer's board of directors does deserve some credit. A few months ago, members voted to clear out management. The replacement CEO? Mark Tritton: a key Target veteran who was instrumental in its recent comeback.

There were strategies like order online, pick up in store that Target adopted years ago to help its stock more than double in the past three years. Bed Bath & Beyond is down close to 80% over the same period. Tritton can use a similar playbook to try and steer his new company to recovery.

Management's first herculean task is bolstering a fragile balance sheet. The heavy exposure to real estate and non-core assets created opportunities to build liquidity in these chaotic times. To do so, Bed Bath & Beyond sold its PersonalizationMall.com segment for $252 million. To add another quarter billion in cash, Tritton completed a sale and leaseback of dozens of stores. Finally, the company drew down $236 million from a credit facility to ensure an appropriate cash cushion.

With the flexibility generated from these moves, Tritton has turned his attention from the balance sheet to the income statement to repair the company's broken business model. Bed Bath & Beyond has been aggressively and creatively transforming operations.

For example, Tritton announced a goal to convert a quarter of the company's stores into distribution centers to fulfill local deliveries and support strong e-commerce growth. Rather than shuttering doors, the retailer is transforming less productive assets into valuable infrastructure.

For the remaining stores, refreshes are on the way. The company is now actively improving its merchandising strategy and simplifying inventory to make its locations more inviting to shoppers.

Tritton recently provided a great example on the power of inventory rationalization. He explained that his team decided to limit the number of can opener models it carried, and as a result, sales of can openers jumped. Too many options meant less sales -- it appears Bed Bath & Beyond is finally learning that difficult lesson.

Outside of cleaning up stores, the company is embarking on two important initiatives to thrust its brand into the 21st century. First, Tritton is building out the order online, pick up in store model mentioned above. This strategy worked wonders for Target by bringing shoppers into stores to grow sales thanks to connections made online. Bed Bath & Beyond has a chance to capture some of this magic, with the same person leading that charge.

Finally, Bed Bath & Beyond is aggressively introducing its own brands to juice margins. With over $1 billion now available to the company, it has the firepower to invest in creating company-owned brands to sell in its stores. This expands profit margins by cutting independent vendors out of the equation.

At 3.3 times free cash flow, the stock trades for a 75% discount to the S&P 500. A cash position growing to $1.4 billion this past quarter ensures longevity, while a new CEO can stir up a comeback. For those willing to be patient, Bed Bath & Beyond can be a compelling turnaround play.