84 people died in the Camp Fire that investigators determined was the fault of reckless maintenance of the utilities transmission system.

Representatives for California-based utility PG&E Corp. (PCG 3.95%) will plead guilty Tuesday to 84 counts of felony manslaughter stemming from its role in the 2018 Camp wildfire, The Wall Street Journal reports. The Camp Fire destroyed the town of Paradise and was the deadliest wildfire in California's history.

PG&E filed for bankruptcy protection in January 2019 after liabilities related to California wildfires, including the Camp Fire, grew to an estimated $30 billion. The utility recently agreed to increase the amount of company stock it gives victims as it works on a plan to exit bankruptcy, according to The New York Times. 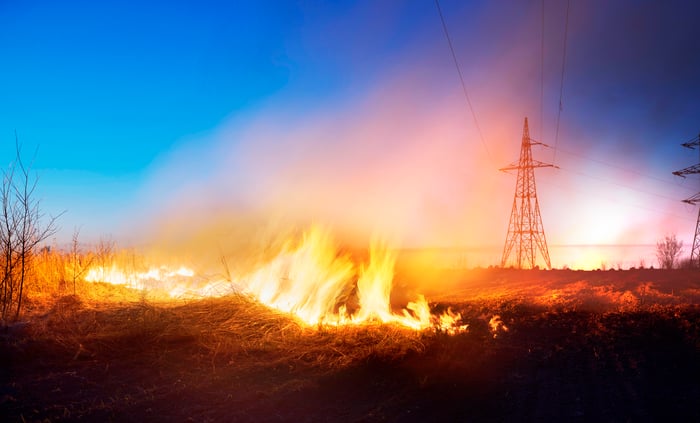 A guilty plea to the 84 counts of involuntary manslaughter would make the utility one of only a few companies publicly traded in the U.S. to face homicide charges, according to the Journal report -- others include Ford Motor Co. (F 1.21%) related to a Ford Pinto explosion found to be due to flawed gas tank design and BP (BP 0.32%) after the 2010 Deepwater Horizon explosion and subsequent oil spill. Ford was later acquitted by a jury.

PG&E has acknowledged its responsibility after state investigators determined the Camp Fire started by a failure in PG&E's aging equipment. The yearlong investigation determined that a worn metal "C-hook" failed and dropped high-voltage transmission lines onto dry grasses below.

Sentencing is likely to occur later in the week after the guilty plea, according to the report. No individual was implicated in the indictment, as the investigator found the neglect of the equipment went back decades. The company has already agreed to pay the maximum statutory penalty of $3.48 million.