Please ensure Javascript is enabled for purposes of website accessibility
Log In Help Join The Motley Fool
Free Article Join Over 1 Million Premium Members And Get More In-Depth Stock Guidance and Research
By Rich Smith – Jun 16, 2020 at 11:56AM

Project's likely size is about 1.5 megawatts.

Two years ago, Elon Musk's Tesla (TSLA -1.11%) made a big splash on the world stage with his plan to link 50,000 solar-panel-equipped homes in South Australia to create a 250-megawatt "virtual power plant" that could both convert solar power into electricity, and also store it for use when it was needed. Two years later, Sunrun (RUN -3.00%) -- a rival to Tesla in the field of solar energy, if not in electric cars -- is planning to make a (much smaller) splash of its own ... in California.

As Sunrun announced today, the self-proclaimed "nation's leading home solar, battery storage and energy services company" is teaming up with Southern California Edison (SCE), "the largest utility in Southern California and one of the largest in the country," to launch "one of the first residential energy storage virtual power plants in operation in the United States."

The "plant" can then be used to provide backup power to the solar grid as needed. 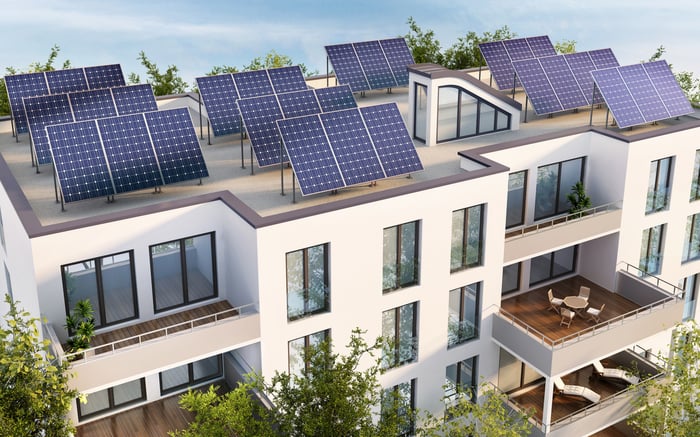 Sunrun's and SCE's virtual solar power plant will be located in Southern California (natch), and will work like this: Beginning this month and continuing through mid-next-year, Sunrun will link "up to 300" customers equipped with its Brightbox home solar and rechargeable battery systems to create a small virtual power plant for solar energy generation and storage.

Sunrun did not reveal the cost of this program, nor even how large its virtual solar plant will be in terms of megawatts of power produced or stored. Still, if we ballpark the size of Sunrun's project at 300 homes, divided by 50,000 homes (the size of Tesla's Australian network), it's likely Sunrun's virtual power plant will be pretty tiny -- about 1.5 megawatts -- making this more of a demonstration project, but perhaps also a precursor of things to come.