Shares of integrated energy giant ExxonMobil (NYSE:XOM) rose 5% out of the gate on June 16. That's the exact opposite of how the day started out on June 15, when the stock dropped sharply at the open. In both cases, however, the moves didn't hold up. By 10 a.m. EDT on June 16, the stock was up just 3% or so.

The big news, again, was the whipsawing price of oil. There's no question that oil prices have a material impact on the top and bottom lines at Exxon, so it makes sense that investors would use that as a trading cue for the company's stock. However, the fact remains that oil faces a material supply/demand imbalance that isn't close to over yet. Still, when retail sales came in higher than expected, investors got excited that the economic impact of COVID-19 might not be as bad as previously feared. 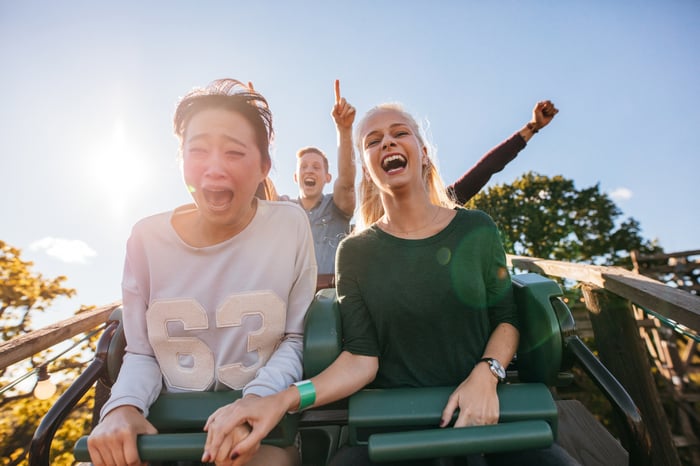 If that's the case, and economic activity is picking up, then demand for energy will also increase. That will help improve the demand side of the equation for oil and natural gas that was hit so hard by the economic shutdowns to slow the spread of the coronavirus. Adding to the enthusiasm today was a positive update on a treatment for people who have contracted COVID-19 and rumors that a material infrastructure spending plan could be forthcoming in the United States. The good news led to an upbeat open for oil and, in turn, Exxon.

Companies like Exxon look at the long-term supply/demand dynamics in the markets they serve. So far, the company still thinks oil has a bright future. Investors should probably follow that lead, ignoring the short-term (often daily) gyrations to consider what may happen over, say, the next five years. When you step back and take view, the ups and downs today just don't seem quite as important.