Please ensure Javascript is enabled for purposes of website accessibility
Log In Help Join The Motley Fool
Free Article Join Over 1 Million Premium Members And Get More In-Depth Stock Guidance and Research
By John Rosevear – Jun 16, 2020 at 10:32AM

Now flush with cash, China's Tesla rival is getting to work.

Shares of Chinese electric-vehicle maker NIO (NIO 1.22%) were trading higher on Tuesday morning, after the company announced that it successfully raised over $400 million via a secondary stock offering.

As of 9:45 a.m. EDT, NIO's American depositary shares were up about 7.2% from Monday's closing price.

In a regulatory filing, NIO said that it successfully completed its offering of 72 million new American depositary shares at a price of $5.95 per share. The banks underwriting the offering, Morgan Stanley, Credit Suisse, and China International Capital Corporation, have a 30-day option to purchase up to 10.8 million more shares, the company said. 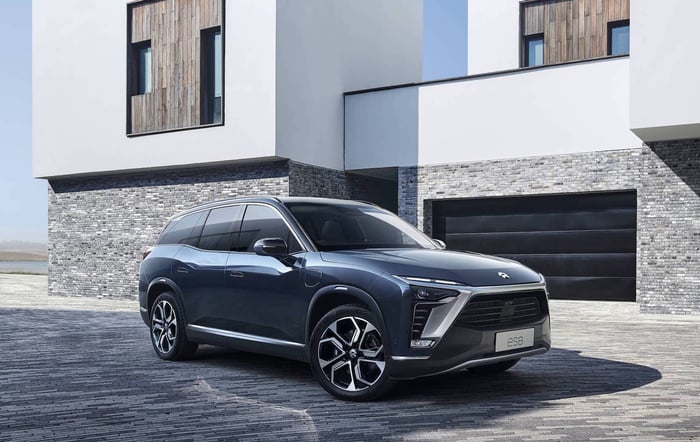 NIO announced the stock offering last week. It said initially that it planned to offer 60 million shares, but that number was increased a day later, a sign that demand for the shares may have been stronger than the banks had anticipated.

NIO said that it will use the proceeds of the offering, about $428 million minus the bankers' fees, to fund a cash investment that it agreed to make in its Chinese business (a subsidiary called "NIO China") as a condition of a financing deal with economic-development authorities in China's Anhui province.

Those authorities, in Anhui and in the province's capital city of Hefei, agreed in April to invest just under $1 billion in exchange for a 24.1% stake in NIO China.

As part of the financing deal in April, NIO agreed to move its headquarters and engineering teams to Hefei, one of China's auto-industry hubs. The city's government is hoping that NIO's presence will spur investment in suppliers and other future-mobility ventures in the region.

As for NIO itself, auto investors can rest assured that it has plans to put its latest cash infusion to work.