Please ensure Javascript is enabled for purposes of website accessibility
Log In Help Join The Motley Fool
Free Article Join Over 1 Million Premium Members And Get More In-Depth Stock Guidance and Research
By Zhiyuan Sun – Jun 17, 2020 at 7:31AM

Which one of these large-cap cannabis producers is a better buy for investors?

Fears of another wave of the COVID-19 pandemic looming on the horizon are taking shape even before the first wave in the U.S. has been contained, and investors are arguably concerned about what stocks they should hold on to during this difficult period. Indeed, the S&P 500 sold off nearly 6% on June 10 as these fears began to materialize.

Cannabis companies may be enticing ideas for investors worried about the current market. During this difficult time, many adults in the U.S. and Canada are turning to cannabis to deal with stress, anxiety, and boredom associated with lockdown and quarantine measures. Today, we'll look at which of the two leading companies in the marijuana sector, Aphria (APHA) and Tilray (TLRY), is a better buy right now. 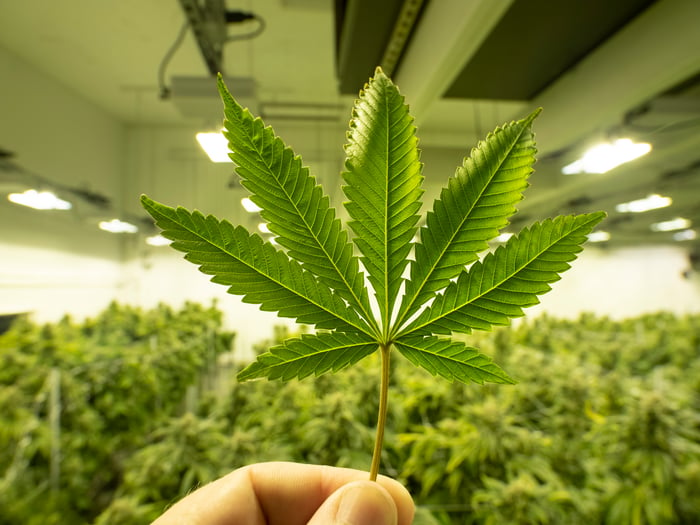 During the first quarter of 2020, Tilray recognized $52.1 million in revenue, a rise of 126% year over year. Although that growth is spectacular, the company is not profitable -- it recorded a net loss of $184 million, largely due to non-cash adjustments to the fair value of its warrants.

There is good news, however, as the company is actively taking measures to reduce its net loss. Tilray expects $40 million in cost savings alone from corporate restructuring this year. And other areas of Tilray's business, especially its international efforts, are gaining momentum.

For starters, the company now operates medical marijuana and hemp businesses in 15 countries across five different continents. Tilray has partnerships with 17,000 retailers in 20 countries, and clinical trials are ongoing as it works to expand its medical marijuana products into prescription drugs.

During the quarter, Tilray sold more than 5,794 kilograms of its cannabis products with an average selling price of $6.79 per gram. Its production capacity nearly doubled compared with last year, while its selling price also witnessed a small increase.

Although all this is good news, Tilray is not in a good financial situation. Currently, it only has $174 million in cash and equivalents on its balance sheet, at a burn rate of $80 million per quarter. Management has cautioned investors about the difficulty of raising capital amid the COVID-19 pandemic. Conversely, another company in the sector, Aphria, seems to have steered clear of such issues.

In the third quarter of 2020, Aphria recognized total revenue of CA$144 million, which represents 96% growth year over year and 65% growth over last quarter. Notably, its German subsidiary, CC Pharma, saw a 50% increase in its sales of medical marijuana in March alone. In addition, the company's cannabis products overall were 13.6% more profitable its cannabis products compared with its previous quarter.

Meanwhile, Aphria's gross margin for the quarter was 42.7%. The company also brought in CA$5.7 million in adjusted earnings before interest, taxes, depreciation, and amortization (EBITDA), more than triple the prior quarter's results. This was the fourth consecutive quarter of adjusted EBITDA growth for Aphria. The company is also doing great in achieving profitability, with a net income of CA$5.7 million during the quarter.

As for production capacity, Aphria sold 14,014 kilograms of cannabis products with an average selling price of CA$5.46 per gram g for adult-use cannabis and CA$6.41 per gram g for medical cannabis, which declined overall but was offset by a more than 98% increase in terms of total capacity. Aphria now holds 77% market share on vape products in Ontario, Canada's most populous province.

In terms of financial health, Aphria is doing a great job as well. The company has more than CA$515 million on its balance sheet. Furthermore, the company was able to raise new capital amounting to CA$100 million amid the COVID-19 pandemic, a very difficult task to accomplish for all sector players at the time.

All things considered, Aphria is a much better choice for cannabis investors. The company ranks above Tilray in many aspects, including better profit margins, the ability to raise cash in difficult times, and a greater production capacity.

Additionally, Aphria's market cap of $1.68 billion is not much higher than Tilray's $1.05 billion -- yet Aphria's Q32020 annualized revenue stands at CA$576 million, while Tilray's (for Q12020) was just $208.4 million. In other words, Aphria is trading at a forward price-to-sales ratio of 3, compared with Tilray's forward price-to-sales ratio of 5. Hence, the valuation case for Aphria is sound as well, and I think investors with minds set on growth and value alike should add it to their portfolios.