Please ensure Javascript is enabled for purposes of website accessibility
Log In Help Join The Motley Fool
Free Article Join Over 1 Million Premium Members And Get More In-Depth Stock Guidance and Research
By Rich Smith – Jun 17, 2020 at 11:58AM

There's a little trouble in big China this week.

Shares of beleaguered Chinese coffee stock Luckin Coffee (LKNC.Y -0.71%) are slumping in early trading Wednesday -- and for a change, this time it's not necessarily Luckin's own fault. Instead of revelations of accounting fraud or management resignations, today it's an international military conflict making investors uncertain about investing in China.

Oh, and a bit of coronavirus news as well. 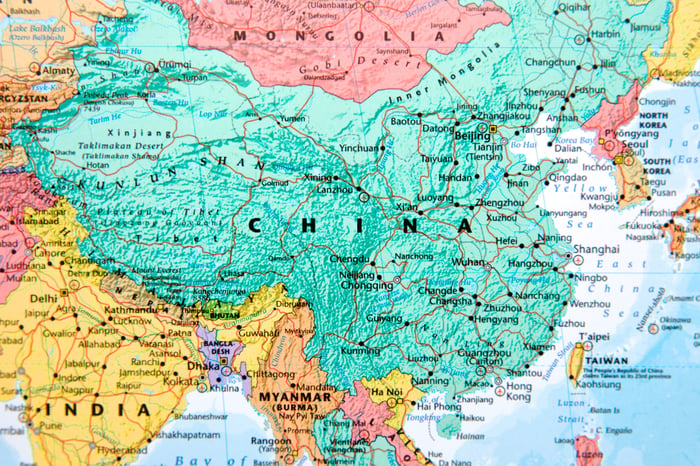 On the China-India border, a clash between Chinese and Indian army units resulted in the deaths of "at least 20 Indian soldiers," reports the BBC.

As tragic as that is, you might not think it has much relevance to the stock price of a coffeehouse chain. But it may -- Indian Prime Minister Narendra Modi is taking this incident very seriously indeed, and threatening China with "an appropriate response" to the killings. China's not backing down, however, and accusing the Indian side of "provocative actions." How this all plays out remains to be seen, but the prospect of an escalating conflict between two nuclear-armed nations with deployed troops on the border is quite understandably making investors nervous today.

Meanwhile, there's a more direct threat to Luckin's business on the novel coronavirus front, where an outbreak of the virus in Beijing has forced the Chinese capital to cancel 60% of commercial flights into and out of the city. Thirty-one new infections were reported there Tuesday, and 137 total since Thursday, reports Reuters.

Viewed in the context of America's 2.1 million reported infections, that may not sound like much, but it's apparently enough to have thrown the Chinese government into panic mode -- and to disconcert investors as well -- for good reason, I might add, when you consider the draconian restrictions on commerce China imposed to contain the COVID-19 outbreak in Wuhan.

Again, the long-term effects of this outbreak remain to be seen. But they certainly have the potential to crimp Luckin's business. Coming on top of the company's accounting troubles -- and the hopefully very remote chance of a widened military conflict with India -- it's no wonder Luckin Coffee shares are feeling the heat today.