Please ensure Javascript is enabled for purposes of website accessibility
Log In Help Join The Motley Fool
Free Article Join Over 1 Million Premium Members And Get More In-Depth Stock Guidance and Research
By Rich Duprey - Jun 18, 2020 at 10:09AM

It looks like the florist will have a record-setting end to its fiscal year.

The florist said consumer demand began budding in March as the COVID-19 outbreak began, and now it expects full-year earnings to blossom into a 75% to 85% gain over last year, compared to its previous guidance that profits would only grow 15% to 17%. Analysts had forecast earnings of $0.62 per share for the fiscal year, which is an implied 19% growth rate. 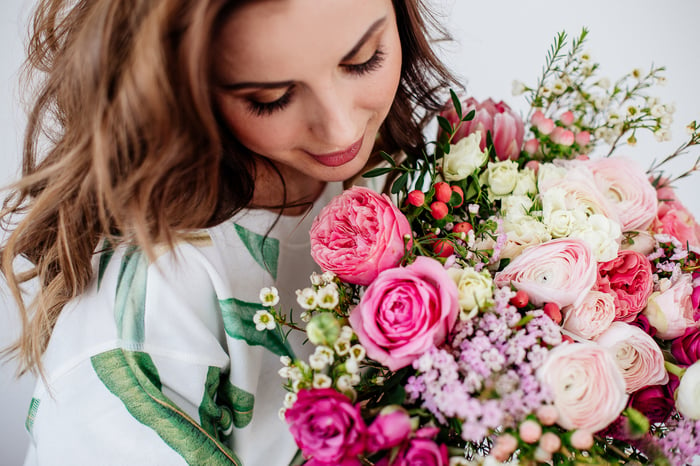 Care enough to send your best

The 1-800-Flowers investor update of its fiscal 2020 fourth quarter said that over the first 10 weeks of the quarter it was expecting its sales growth rate to double from its previous guidance. Where it had thought revenue would rise 8% to 9% it now believes it will jump 16% to 18%.

The primary cause is the quarter included Easter, which produced record sales for the florist, along with Mother's Day, where sales were also "very strong." With lockdown orders still in place, consumers were sending flowers to people they couldn't travel to visit.

The florist also raised expectations for the amount of free cash flow it will generate, now anticipating $75 million to $85 million for the year versus its previous guidance of $45 million to $50 million.

The strong sales trends, coupled with 1-800-Flowers being able to reduce its marketing costs during the period, was responsible for the massive performance upgrade, but management does not expect to replicate the results in fiscal 2021.