Please ensure Javascript is enabled for purposes of website accessibility
Log In Help Join The Motley Fool
Free Article Join Over 1 Million Premium Members And Get More In-Depth Stock Guidance and Research
By Prosper Junior Bakiny – Updated Jun 18, 2020 at 9:14AM

Here's why investors shouldn't bet on these two companies long-term, at least not yet.

Because of the ongoing COVID-19 pandemic, the past few months have been scary for investors. The stock market's volatile movements over this period have been hard to predict, and it is still difficult to know how things will evolve in the short term. However, I remain confident that the market will eventually recover once the crisis subsides. In the long run, the market will continue climbing -- it always does.

Investors who pick the right stocks now -- and who avoid poor businesses -- will be handsomely rewarded. In that spirit, here are two stocks I think investors had better stay away from: Cronos Group (CRON -10.71%) and BioXcel Therapeutics (BTAI -2.60%)

At first glance, Cronos may look like an attractive stock to buy, and this is for one major reason: The company has a partnership with Altria (MO -0.23%). In December 2018, the tobacco giant announced it would make an investment of 2.4 billion Canadian dollars in Cronos, thereby acquiring a 45% stake in the pot grower; this transaction also included warrants which gave Altria the right to increase its stake to up to 55%. This deal was big for Cronos. 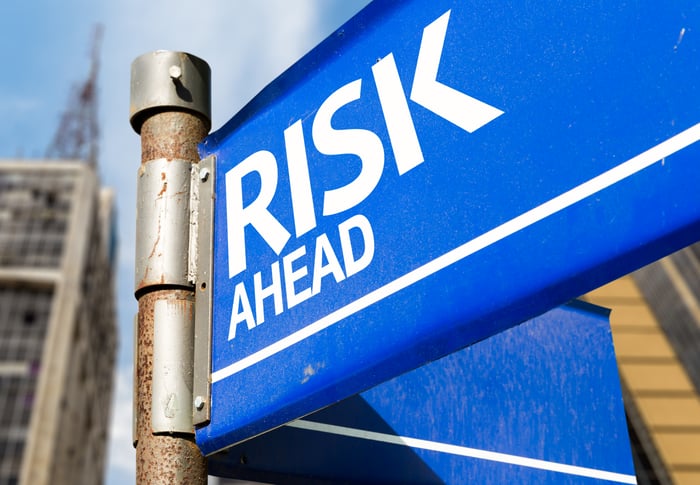 It had been difficult for cannabis companies to raise the funds necessary to run their operations, thanks to a long-standing societal stigma -- not to mention unfavorable laws -- surrounding the sale and consumption of cannabis products. Cronos's deal with Altria meant that the company now had a partner with deep pockets, industry know-how, expertise, and significant international footprints to rely on to expand its operations. However, despite this deal, Cronos's sales and revenue remain vastly inferior to that of its similarly-sized peers. Some could point to the fact that Cronos has sometimes recorded juicy net profits, a rarity in the cannabis industry. For instance, during the first quarter, Cronos's net income was CS$75.7 million. But this figure had nothing to do with Cronos's operations. Instead, the company benefited from CA$113.4 million gains on the revaluation of derivative liabilities related to the Altria investment. Cronos recorded an operating loss of CA$45.1 million during this quarter.

Sure, Cronos could eventually turn things around thanks to its secret weapon, Altria. But at the moment, the company looks significantly less attractive than most of its peers, some of which don't look particularly attractive themselves. In short, investors had better steer clear of this cannabis stock for now.

BioXcel, a small-cap biotech company, has been scorching hot of late. Year to date, the company's stock is up by 276.7%. The main catalyst behind this performance may have been an analyst upgrade. In February, SunTrust analyst Robyn Karnauskas increased her price target for this stock to $150, up from $24. For those of you keeping score at home, that's a more than 500% increase.

No wonder, then, that BioXcel's shares skyrocketed on the heels of this significant price target hike from an analyst. With that said, though, I think this biotech stock remains risky, and most investors will want to stay away for now. Sure, BioXcel does have several promising products in its pipeline. Most notably, the company's BXCL501, a sublingual thin film, is currently being investigated as a treatment for acute agitation (psychological and behavioral symptoms) associated with psychiatric conditions such as schizophrenia and bipolar disorder. It has also initiated Phase 1b/2 trials for BXCL501 as an acute treatment of agitation in patients with dementia and patients experiencing opioid withdrawal.

BioXcel argues that there's a dire need in this market. The current treatments for acute agitation associated with psychiatric disorders are subpar, as they either come with severe side effects or are just plain ineffective. That leaves the roughly 9.7 million patients with some psychiatric condition who experience agitation per year unable to get the treatment they need. That's where BioXcel's BXCL501 comes in. In May, the company announced that it had finished enrolling patients for a phase 3 clinical study for this potential acute treatment for agitation for schizophrenia and bipolar indications.

The company seems to have the funds necessary to support its operations, too. In its press release announcing its first-quarter financial results, BioXcel said the following: "In February 2020, the Company raised net proceeds of approximately $60 million in connection with its common stock offering. BTI believes that proceeds from this offering, together with current reserves, provide cash runway to fund key clinical, regulatory and operational milestones into 2021." Given this relatively recent public offering of common stock, BioXcel may not resort to dilutive forms of financing again anytime soon.

BioXcel's most promising program could certainly pan out, but investors should remember that if the company's phase 3 study -- which is still in its early stages -- does not return positive results, it will mean serious trouble for the company. Furthermore, BioXcel currently has no other products in late-stage trials, no products on the market, and does not generate any revenue. While BioXcel may have been worth the risk at the beginning of the year, when its shares were going for less than half of what they are worth today ($55.03 apiece as of this writing), I think it isn't worth buying this biotech stock today. In my view, there are far more exciting biotech stocks to consider buying.