One is developing a COVID-19 vaccine; the other two are from rebounding industries.

The stock market has come storming back from its March lows, and now the major benchmarks are right around positive territory for the year. Investors who were able to buy -- or simply hold -- have been rewarded as many beaten-down stocks recaptured, and then some, the short-term losses they may have suffered.

While the market has bounced back, there are a lot of good buys at cheap prices out there that investors should know about. Here are three stocks that were under $10 as of Wednesday's close -- two from beaten-down industries and one that's working on producing a COVID-19 vaccine. 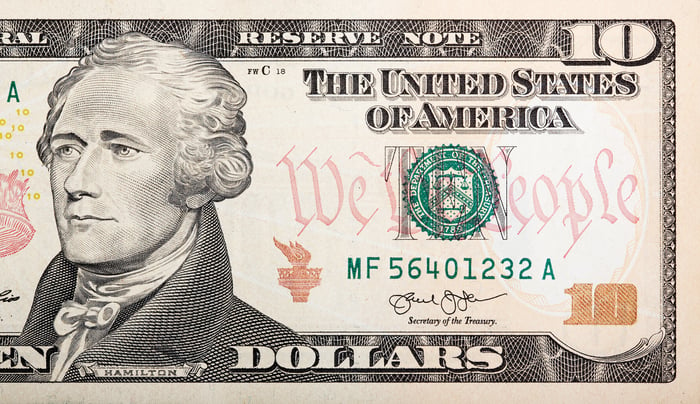 You might recognize the name Dynavax Technologies (DVAX 2.17%) as one of the companies trying to develop a COVID-19 vaccine. The stock has surged in the past few weeks after a researcher at partner company Sinovac was quoted as saying that he was 99% sure the vaccine candidate would be successful. Dynavax's stock is currently up 5% this year and trading at just over $6 per share.

I own shares of Dynavax, not solely on its COVID-19 work, but also on its underlying strength. The company also has a hepatitis B vaccine called Heplisav-B that has seen strong and increasing sales, with excellent long-term prospects. Heplisav's sales are expected to grow 85% next year and generate $700 million in annual revenue.

In other words, Dynavax is no flash in the pan -- it looks more like a long-term steady grower, with or without the COVID-19 vaccine. And if that vaccine does indeed come to market, then all the better for investors. Wall Street is bullish, too, as Evercore gave the company a rating of "outperform" in June with a price target of $14 per share.

Athletic apparel retailer Under Armour (UA 3.31%) (UAA 4.12%) has been hurt by the COVID-19 pandemic and ensuing shutdown, and its stock price has dropped more than 50% year to date to around $9 per share. The first-quarter numbers were brutal, but the stock is up more than 25% over the past month. Now is a good time to scoop it up for a couple reasons.

One, stay-at-home orders have been lifted across the country and stores are starting to reopen. This was borne out by a 17% jump in retail sales in May, the biggest monthly spike ever. Retailers recouped about two-thirds of their losses in the two previous months. At the end of May, Under Armour reported that it had opened 50% of its retail locations, with store occupancy limits.

Two, the stock is undervalued, with a price-to-sales ratio near a five-year low at 0.80. Under Armour operated at a net loss last quarter but has about $959 million of cash on its balance sheet after withdrawing $600 million from a revolving credit facility. . It's also looking to raise $440 million selling senior notes to shore up its liquidity and pay down its revolving credit.

Under Armour has likely already hit rock bottom. As the third-largest athletic apparel retailer in the world, behind Nike and Adidas, it should begin to see its earnings gradually return with stores reopening and a ramped up e-commerce strategy. Although the company still faces some challenges, it's moving in the right direction and is too cheap to ignore right now.

Like Under Armour, TrueCar (TRUE 4.28%), an online car shopping service, got obliterated by the COVID-19 pandemic. Stay-at-home orders essentially halted auto sales, and TrueCar's first-quarter earnings reflected that as revenue dropped 2.4% to $83.5 million and the company reported a net loss of $10.7 million, or $0.10 per share. The stock price is down 42% for the year and is trading at about $2.75. But the company reports that website traffic and "purchase intent" -- the probability that a customer will buy -- have now returned to pre-COVID-19 levels.

The problem is, pre-COVID sales weren't great for TrueCar; revenue was essentially flat last year and the company is still not profitable. Making matters worse, TrueCar lost an affinity partnership with USAA Federal Savings Bank. But in January the company launched a major rebranding initiative and technology upgrade to improve and enhance the car-buying experience. It also made interim CEO Mike Darrow permanent and underwent a restructuring initiative to reduce expenses by $35 million, which will improve its already strong cash position with about $183 million in cash on the balance sheet, up from the previous quarter.

B. Riley analyst Lee Krowl upgraded the stock from neutral to buy earlier this month on its expense reduction, capital position, and the new product launch. With the economic slowdown, car sales will sputter for the next year or so, but there's nowhere to go but up. TrueCar's online sales model should be a benefit in this new normal of social distancing and the upgrades should set it apart and help it turn the corner. Because, as Darrow said, the "winner in this space will do the best job of solving consumer pain points and providing solutions."