Please ensure Javascript is enabled for purposes of website accessibility
Log In Help Join The Motley Fool
Free Article Join Over 1 Million Premium Members And Get More In-Depth Stock Guidance and Research
By James Brumley – Jun 18, 2020 at 11:14AM

When most competitive decisions are made first with Amazon in mind, it's only a matter of time before it starts to matter.

There was good news this week for some small companies using Shopify (SHOP 1.67%) to manage their online selling operations. Around 1,200 of these outfits will be invited by Walmart (WMT 1.38%) to join its sizable e-commerce platform sometime this year. This development sets the stage for what Shopify hopes will be a win-win scenario that ultimately takes back some market share from online behemoth Amazon (AMZN 0.32%).

Realistically, that probably won't happen in a meaningful way. Any Shopify user already has an online presence, and Walmart currently lists millions and millions of items offered by tens of thousands of third-party merchants. A few more of either won't be a game-changer.

Nevertheless, this is a noteworthy development simply because it's a sampling of how Amazon is finally going to be thwarted. A collective of small businesses, rather than one huge rival, is going to drive that disruption, and the Walmart/Shopify teamup isn't the only recent step toward that outcome. 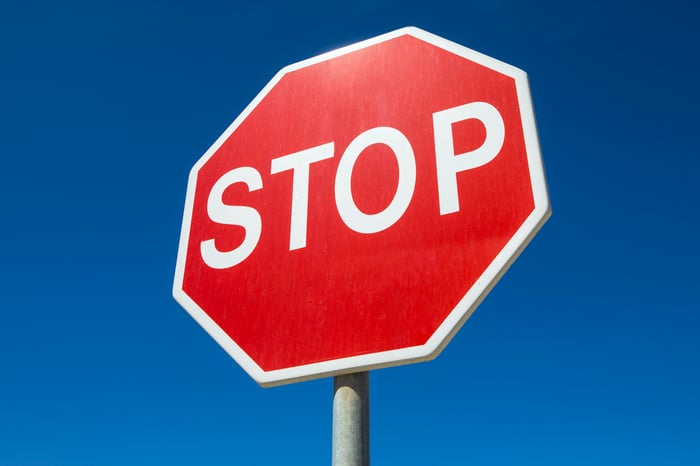 Little guys getting some big help

The world's biggest brick-and-mortar retailer made the announcement on Monday -- a planned "integration will allow approved Shopify sellers to seamlessly list their items on Walmart.com, which gives Walmart customers access to a broader assortment." The move will (hopefully) help Walmart continue the incredible growth pace its online operation has established. E-commerce sales were up 74% year over year for the quarter ending in April.

If Amazon's executives are nervous about the new partnership between Shopify and Walmart, they need not be. As was noted, it's no game-changer.

On the other hand, these minor, negligible alliances seem to be taking shape more and more often in a way that, in the aggregate, could prove problematic for the king of e-commerce.

Case in point: In April, shipping company FedEx (FDX 1.54%) offered special-rate shipping for users of BigCommerce. BigCommerce is not unlike Shopify in that it provides small and mid-sized businesses with a suite of tools that allow those organizations to operate an online business effectively. FedEx certainly negotiated a high-volume delivery rate with Amazon as well, as it should. But FedEx's decision to support small and mid-sized business clients of one particular organization is a rather sweeping one, likely leading many of those outfits to rethink their need for Amazon at all.

Then there's eBay (EBAY -0.33%). Once a powerhouse that was distinctly different than Amazon, the online auction platform has arguably lost its way in recent years because it lost its identity. Now it's getting it back. In April, it unveiled its "Up & Running" campaign, specifically to get existing small businesses without an online presence onto the web and selling.

Although the initiative was largely prodded by the effects of the coronavirus contagion, it was likely eBay was eventually going to woo back the small business alienated by Amazon anyway.

Then there's an accelerating direct-to-consumer movement that's putting Amazon in the crosshairs without any help from eBay or FedEx.

Nike (NKE 1.94%) is one of the names that comes to mind. Its strained and relatively short-lived relationship with Amazon came to a close in November of last year. In simplest terms, Nike seems to think it could do better by managing its own online sales effort. It probably can, in fact, if recent numbers are any indication. For the quarter ending in February, its digital sales were up 36% year over year.

Amazon's budding direct-to-consumer competition isn't just taking shape on the furniture and footwear fronts either. Its grocery business faces challenges as well, if other companies are inspired by the initiative PepsiCo (PEP 0.67%) has taken. In May, the food and beverage giant unveiled Snacks.com and PantryShop.com, which allow consumers to buy drinks and snacks directly from the company. It's unconventional, but that's the point. It's a major name that's decided to bypass middlemen altogether.

As more and more companies embrace direct-to-consumer, it becomes easier for other names to do the same.

The threat is collective, even if slow-moving

Amazon investors don't need to panic. Although the paradigm shift to circumvent Amazon is well organized and increasingly palpable, it's also slow-moving. It could take years for all of the aforementioned efforts -- on top of new ones that take shape in the meantime -- to pose a troubling threat to Amazon's growth or dominance in e-commerce.

It would be naive not to acknowledge that that tidal wave is coming, though. When you're the name to beat in a particular market, everyone's aiming for you. None of them could do it alone using the old, offline approaches. Amazon and its shareholders should be asking tough questions now about how it's going to remain fully competitive when others are finding new ways to plug into consumers' ever-expanding affinity for online shopping.