Please ensure Javascript is enabled for purposes of website accessibility
Log In Help Join The Motley Fool
Free Article Join Over 1 Million Premium Members And Get More In-Depth Stock Guidance and Research
By James Brumley - Updated May 1, 2020 at 8:49AM

Earlier this year, I suggested the biggest threat to Amazon (AMZN 0.73%) wasn't a major competitor like Walmart but rather a gang of companies collectively taking action to combat the e-commerce giant's dominance. It's an effort that could take years to make a full-sized dent in Amazon's growth, but it's something investors would be wise to watch nonetheless.

A handful of that gang of competitors just announced their next moves in their chess battle against the king of online shopping. With Amazon's delivery ambitions on hold while it focuses solely on meeting consumers' needs in the midst of the coronavirus contagion, FedEx (FDX -0.82%) and UPS (UPS 0.29%) each made deals with small and medium-sized businesses that may already be frustrated by the online sales platform's heavy-handed ways.

Neither move is a death blow. But this is the sort of action I was talking about. 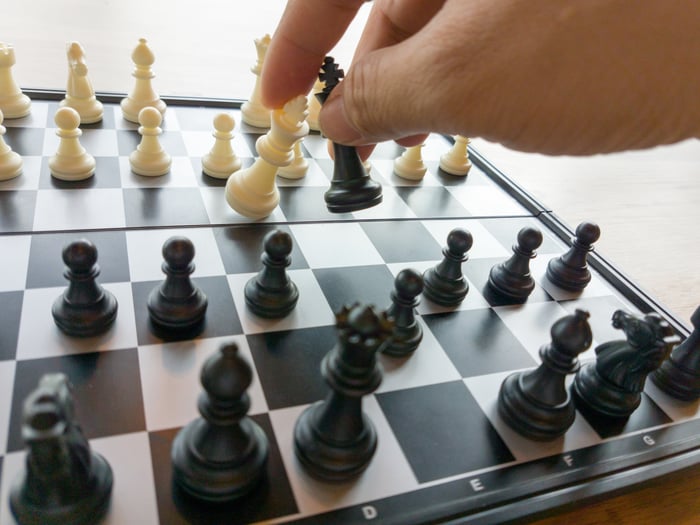 The UPS announcement is interesting, even if small in scale. It's now using several Michaels stores -- the craft stores that are part of The Michaels Companies (MIK) -- as package pickup and dropoff points. Consumers don't even have to get out of their car. They can wait curbside for a store associate to retrieve or deliver a parcel to their vehicle.

It's not a direct business-building tool for Michaels, particularly given that it can all be done curbside. But it's a partnership that at least gets prospective shoppers to a brick-and-mortar store and likely keeps consumers out of Amazon's sales and delivery web.

FedEx's announcement is considerably bigger and considerably more difficult to grasp. It's worked out a deal with BigCommerce to offer its merchants discounts on FedEx deliveries. FedEx Ground deliveries will cost 40% less than the normal consumer rate for companies using the BigCommerce platform, while FedEx Express will be 50% cheaper. The same organizations will also enjoy service options not available to everyone.

Never heard of BigCommerce? Don't sweat it -- you're not alone. That's partially by design. It's akin to Shopify and helps small and mid-sized businesses develop and manage an e-commerce presence. But it arguably remains further in the background than Shopify does. It's also not a publicly traded company, thus keeping it off most people's radars.

It matters to Amazon and its shareholders all the same, however, because BigCommerce is ultimately assisting in the organization of the collective threat to Amazon.com. Brands including Skullcandy, Ben & Jerry's, Woolrich, and others are already using BigCommerce to handle the complexities of the e-commerce operations. FedEx, which has tangled with Amazon more than once as one of its shipping partners, just made it even more compelling to plug into BigCommerce and perhaps step away from Amazon as a selling partner.

Again, it's not a death blow. Amazon will survive. Most likely it will resume its efforts to build its own shipping and delivery network once the COVID-19 outbreak is contained and life starts to return to something like normal.

What the post-coronavirus normal will look like on the e-commerce front remains to be seen. Amazon is winning now because there are fewer shopping alternatives for consumers. But many of Amazon's third-party sellers found they may not have been a prioritized partner. The e-commerce giant's well-intended decision to temporarily stop accepting deliveries of non-essential goods last month meant many of those sellers had to scramble to find or create inventory-storage options.

In the meantime, other Amazon third-party sellers are apt to remain suspicious, fearful they'll end up competing with Amazon's private label products that were created after the marketability of those goods was proven by a different merchant. The Wall Street Journal raised that prospect again last week. Amazon.com can still copy product ideas, but at least through a different platform like BigCommerce, those product suppliers aren't providing Amazon with the consumer data that will be used to compete with them. Small and mid-sized businesses may be particularly interested in an alternative.

And FedEx vice president of global e-commerce marketing Ryan Kelly made a point of leveraging the brewing tension between Amazon and its sellers. His comment was likely a veiled jab at Amazon:

This pandemic has made it absolutely clear that businesses need options and partners they can trust. For businesses that are only using a marketplace or only have a physical presence, now is the time to own your future.

The big takeaway for investors here, however, is recognizing there's yet another alliance that ultimately takes aim at Amazon's market share, present or projected. Look for more such alliances to be added to the collective in the future.