Please ensure Javascript is enabled for purposes of website accessibility
Log In Help Join The Motley Fool
Free Article Join Over 1 Million Premium Members And Get More In-Depth Stock Guidance and Research
By Taylor Carmichael – Jun 19, 2020 at 7:10AM

Here's why you might want to invest in Planet 13 and W&T Offshore.

Stocks that trade for less than $5 are often derided as "penny stocks," and typically they are the worst investments in the stock market. Usually these small-cap or micro-cap stocks are priced so low for a reason. And it's a fallacy to think that a stock that has fallen a lot can't punish investors any more. You'd be amazed at how many times a stock can lose 50% of its value, over and over again.

Nonetheless, for investors who are willing to stomach the risk, there are always a few companies that have been mispriced by the market. For instance, I was bullish on Novavax (NVAX -1.99%) when it was super-cheap. And I added to my position when the biotech dropped to $4. It's now trading hands at $56 a share. 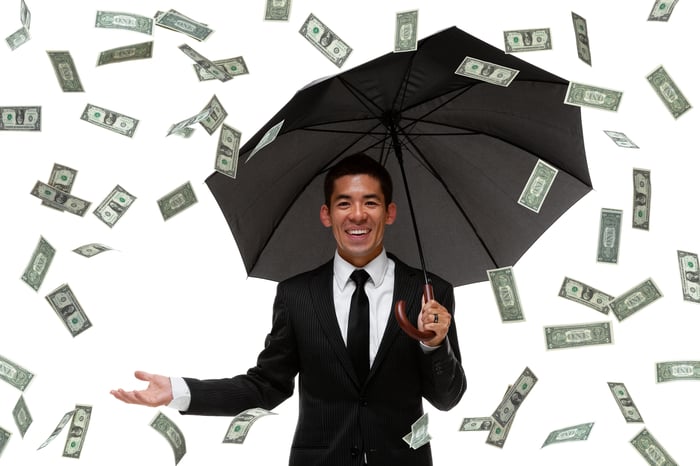 What other companies might pull off a Novavax and return 1,200% in six months? That's really a crapshoot. Novavax was rewarded because of a black swan event: the sudden outbreak of a new virus, COVID-19, causing the market to reevaluate the vaccine specialist.

Planet 13 (PLNH.F 4.72%) is a marijuana superstore that operates in Las Vegas. Shares crashed when the Las Vegas Strip was closed to tourists because of COVID-19. Trading at $2 a share back in January, the stock fell all the way to $0.63 in March. Now, as Las Vegas has reopened, the share price has bounced back, although the stock is still negative for the year.

While Planet 13 is unprofitable, it has to be one of the most intriguing penny stocks out there. And while the Fool is largely disdainful of penny-stock investing, you can find Foolish writers who are shareowners of Planet 13. Indeed, The Motley Fool actually owns shares as well.

What's the attraction? The long-term thesis is that marijuana will be legalized in the United States over the next decade or two. And it's thought this sector will be as valuable as alcohol or tobacco, worth as much as $75 billion in 10 years. Shareholders are making a calculated bet that Planet 13 will be one of the strongest brands in this space.

Marijuana is a commodity. While of course there are different grades of pot, in general the winners in marijuana retail will be those companies who develop the strongest brand name. Your average pot dispensary is operating in a state where medical marijuana is allowed -- so the establishments are low-key, like going to a dentist's office or a drugstore.

Planet 13 is something else entirely. The company is focused on the joy of marijuana. That's how strong brands are made. Already the company is a leading pot retailer in Nevada. In the first quarter, its superstore generated 10% of all pot sales in the state. Planet 13 believes it can replicate its superstore concept in California and other states that have legalized recreational weed. While it's very early in this company's journey, it's definitely a stock to keep your eye on.

The market is valuing W&T Offshore at $2.71 a share

Novavax wasn't the only penny stock I recommended last year. I was also bullish on W&T Offshore. It's down 40% since I first recommended it. I'm still bullish, and I bought shares when the stock dropped to less than $2.

The price of oil has gotten very cheap. Fracking has caused a glut in supply, and that glut has been exacerbated by Saudi Arabia and Russia flooding the market with oil. Simultaneously, demand has fallen through the floor as a worldwide COVID-19 lockdown causes people to stay at home.

If you're buying oil stocks, now is the time to do it -- when the sky is falling and the market is very pessimistic. W&T Offshore is my favorite proxy for an oil investment. The company is one of the premier offshore drillers in the Gulf of Mexico. The stock is very cheap right now, and the insiders are buying.

At the end of 2019, W&T Offshore reported 157 million barrels of proven oil equivalent reserves, almost double what it had in 2018. That's almost $6 billion worth of future oil and natural gas, at current market prices. This makes the stock incredibly cheap. Contrast that with ExxonMobil and Marathon Oil, for instance. Exxon has 22.4 billion barrels of proven oil equivalent reserves, while Marathon has 1.2 billion.

In my view, this sharp valuation difference makes W&T Offshore far more appealing. Oil is a commodity. If I'm putting gas in my car, I buy the cheap gas. I don't buy Exxon if it's four times as expensive as a competitor, or Marathon if it's twice as expensive. My attitude with oil stocks is similar to the way I shop for gas -- I go for the cheap stuff.

Both W&T Offshore and Planet 13 are supercheap right now. That's because the macro stories are bad for both oil and marijuana at the moment. Demand will return for both commodities. And patient investors will be happily rewarded down the road.