The market is reacting to large stock purchases from inside and outside the company.

Shares of Celldex Therapeutics (CLDX -2.78%), a clinical-stage biotechnology company, are rising in response to insider stock purchases and large equity stakes acquired by independent investment firms. A stock market encouraged by the signs of confidence has driven shares 29.2% higher as of 3:42 p.m. EDT on Friday.

Shares of Celldex rose earlier this week following the presentation of results from a trial with CDX-0159 and 32 healthy patients. A single dose of CDX-1059 suppressed production of plasma tryptase, which could be a big deal for people who frequently break out in hives. 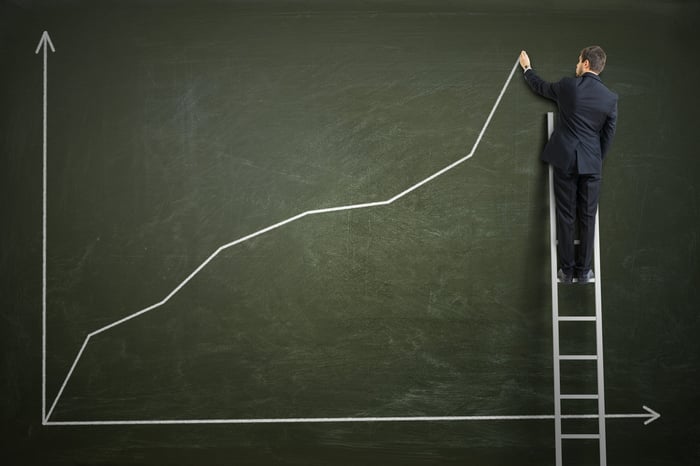 Itchy hives that occur for more than six weeks at a time, a condition called chronic urticaria, affect an estimated 1 million to 3 million Americans, and many of them can't control their breakouts with available treatments. If CDX-0159 becomes a successful new treatment for this and other indications, it could generate 10-figure annual sales at its peak.

It's way too early to assume CDX-1059 will succeed as a treatment for anything, but that hasn't stopped RTW Investments and Ikarian Capital from acquiring a combined 17% of Celldex's outstanding shares. In addition to two firms investing heavily, Celldex also disclosed direct purchases of stock by more than a dozen insiders, including the CEO, that occurred on Thursday.

Despite its recent run-up, Celldex sports a relatively low $470 million market cap that could swell to several times its size if the company can report positive results from studies with actual patients. The company plans to begin a phase 1 study with patients who suffer from chronic urticaria by the end of the year.

While it's too early to assume Celldex has a potential new treatment for millions of people with chronic hives, it's hard to ignore the signs of confidence exhibited by those on the inside. Before following along, it's important to know this company made its stock market debut over a decade ago but still hasn't reported any late-stage clinical trial successes.